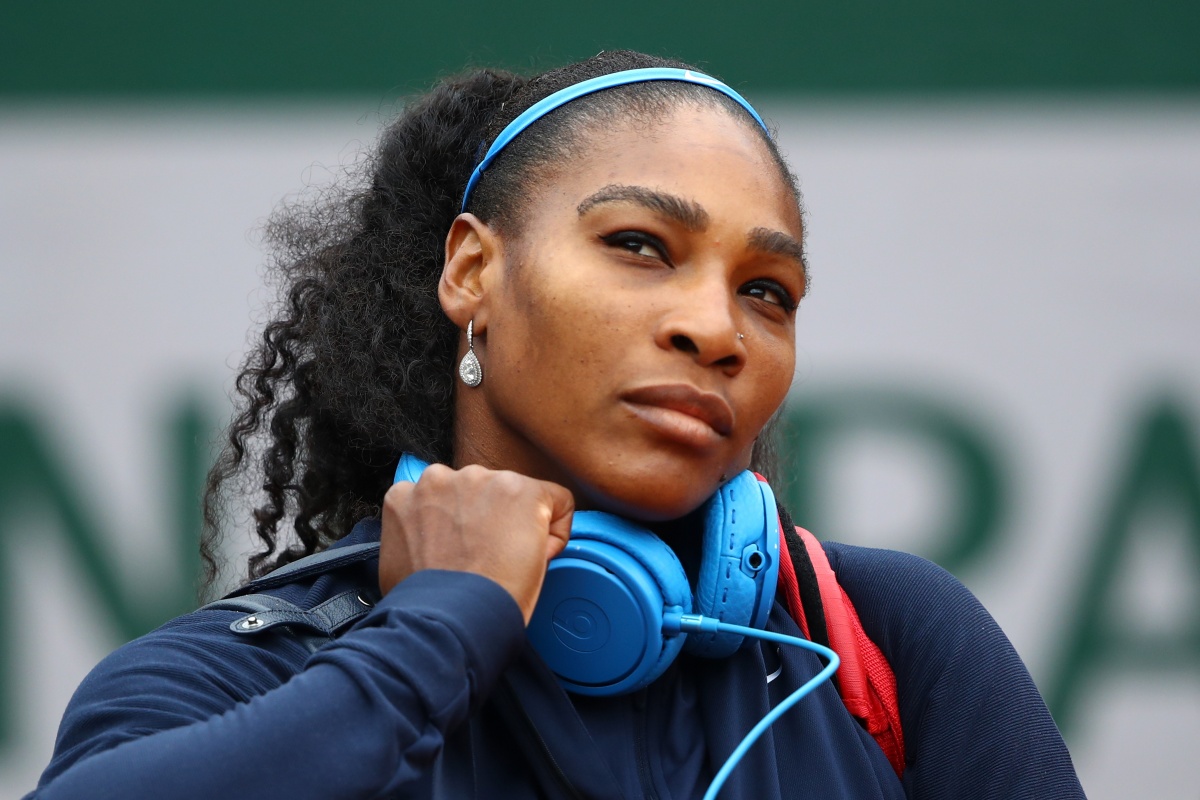 American Serena Williams stars in an advertisement in which she hits tennis balls at a male heckler to highlight the sexist comments that sportswomen have to put up with.

The tennis superstar, who has won a 21 grand slam singles titles, became the highest-paid female athlete in the world over the past 12 months.

She replaced the banned Maria Sharapova in the 2016 Forbes Rich List, published on Thursday (AEST).

• ‘We’d give our flag back tomorrow’: West Coast’s shocking drug culture
• This is what’s happening to Maria Sharapova’s fortune
• The world’s highest-paid athlete might surprise you

As part of a video to promote her upcoming interview with Glamour magazine, in which she expresses her disappointment at tennis’ gender pay gap, Williams serves tennis balls into a padded man.

The heckler hurls insults at Williams, who continues to fire big serves at him.

She begins the video by saying she is appearing “to express some of the frustrations that I have about the obnoxious things that men sometimes say about women.

“I’m doing this for all womankind.

The heckler eventually apologises to Williams and the pair share a hug.

The video is designed to raise awareness at the treatment sportsmen get, which irritates Williams, who appears on the front cover of July’s edition of Glamour.

Speaking on the gender pay gap, she said, according to USA Today: “Sports have a lot of work to do.

“And I really hope that I can be helpful in that journey because I do believe that women deserve the same pay.

“We work just as hard as men do. I’ve been working, playing tennis, since I was three years old.

“And to be paid less, just because of my sex – it doesn’t seem fair.”

Williams added that she is unsure how she will explain the difference – if it still exists – to her children.

“Will I have to explain to my daughter that her brother is gonna make more money doing the exact same job because he’s a man?” she said.

“If they both played sports since they were three years old, they both worked just as hard, but because he’s a boy, they’re gonna give him more money?

“Like, how am I gonna explain that to her?

“In tennis, we’ve had great pioneers that paved the way – including Venus, who fought so hard for Wimbledon to pay women the same prize money they pay men, and Billie Jean King.”

‘We shouldn’t have to drop to our knees’

Williams was caught in a war-of-words with former Indian Wells tournament director, Raymond Moore, after he made a serious of sexist comments in March.

Moore said the WTA (Women’s Tennis Association) “ride on the coat-tails of the men” and are “very, very lucky”.

He added: “If I was a lady player, I’d go down every night on my knees and thank God that Roger Federer and Rafa Nadal were born, because they have carried this sport” and said the women’s tour had a “handful of very attractive prospects”.

“Obviously I don’t think any woman should be down on their knees,” she said.

“I think those remarks are very much mistaken and very, very, very inaccurate.

“There’s only one way to interpret that. Get on your knees, which is offensive enough, and thank a man, which is not…we as women, have come a long way.

“We shouldn’t have to drop to our knees at any point.”

Moore resigned from his post after the media storm his comments generated.

How Serena Williams hit back at a heckler