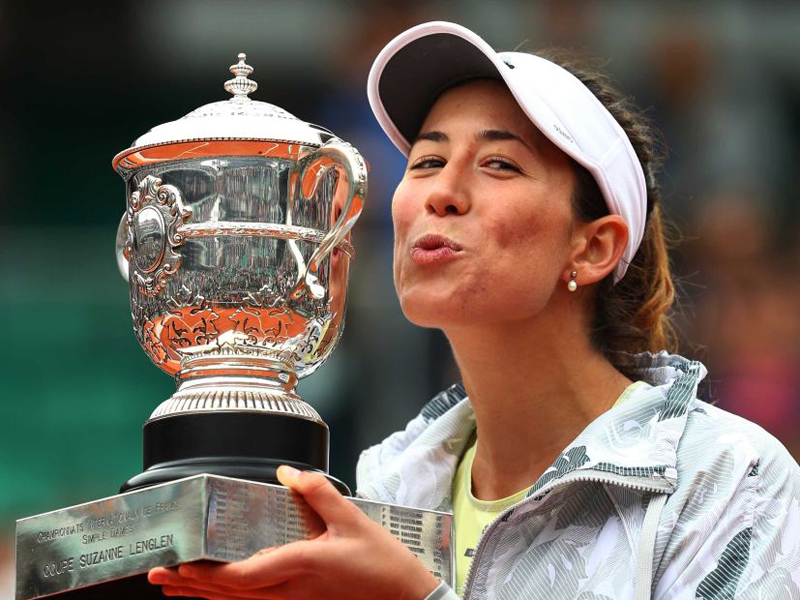 Garbine Muguruza has declared herself fit for the Sydney International after retiring with cramps at the Brisbane International. Photo: Getty

Considering she won her maiden grand slam title on the surface that suits her game the least, Garbine Muguruza is being tipped as the player who will end up ruling women’s tennis.

The 22-year-old Spaniard claimed the French Open by defeating Serena Williams in straight sets on Saturday, 11 months after losing the Wimbledon final to the world number one.

• The refs cost us Origin One: Daley
• NSW blow chances as Maroons draw first blood
• Why hockey’s golden girl must be banned from Rio

On Monday, Muguruza, whose hard-hitting game is at its devastating best on fast courts, will be second in the WTA rankings going into the grass season.

“My dream is to continue and win more tournaments, similar tournaments, and to dominate,” the Venezuela-born Muguruza told reporters after her 7-5 6-4 victory on Court Philippe Chatrier.

“When I am on the court I want to dictate my game and bring more of these cups back home.

“This win is like a new pulse given to women’s tennis,” added the Spaniard, who became the second player after Australian Open champion Angelique Kerber to beat Williams in a grand slam final this year.

Muguruza, who had never won a title on clay before Saturday, proved that she had very few weak points as she kept Williams on the run throughout the final.

Her powerful first serve allows her to dictate play from the baseline and she spanks winners with her forehand or backhand with equal ease.

Muguruza also learnt to control her emotions, which overwhelmed her in last year’s Wimbledon final.

“I’m convinced she was panicking a bit in the inside, but she managed these moments very well,” said her coach, Frenchman Sam Sumyk, who also guided Belarussian Victoria Azarenka to her first major title at the 2012 Australian Open, and to the top of the world rankings.

She had four match points on Williams’s serve, which the American saved, but Muguruza ended the contest on her fifth attempt with a lob that landed on the baseline.

“She’s number two after this, only one more step to be number one and I am sure she’s going to win many more grand slams,” former Spanish player Conchita Martinez, the 1994 Wimbledon champion and 2000 Roland Garros runner-up, told reporters.

“She’s a great player on any surface, she is a complete player. Spain is very lucky to have this unbelievable tennis player.”

Williams, who was aiming to equal Steffi Graf’s professional-era record of 22 majors, was the favourite to win her third Paris title in four years but she fell one win short of the target – just as she had done at the Australian Open in January.

Her coach, however, warned that the 34-year-old Williams would stay on Muguruza’s radar for quite some time.

“It shows how hard it is to win a grand slam, to equal records. It will take the time it will take, it was tough to win the 17th, the 18th, it will be hard to win the 22nd and the 23rd but we will do it,” Patrick Mouratoglou told reporters.