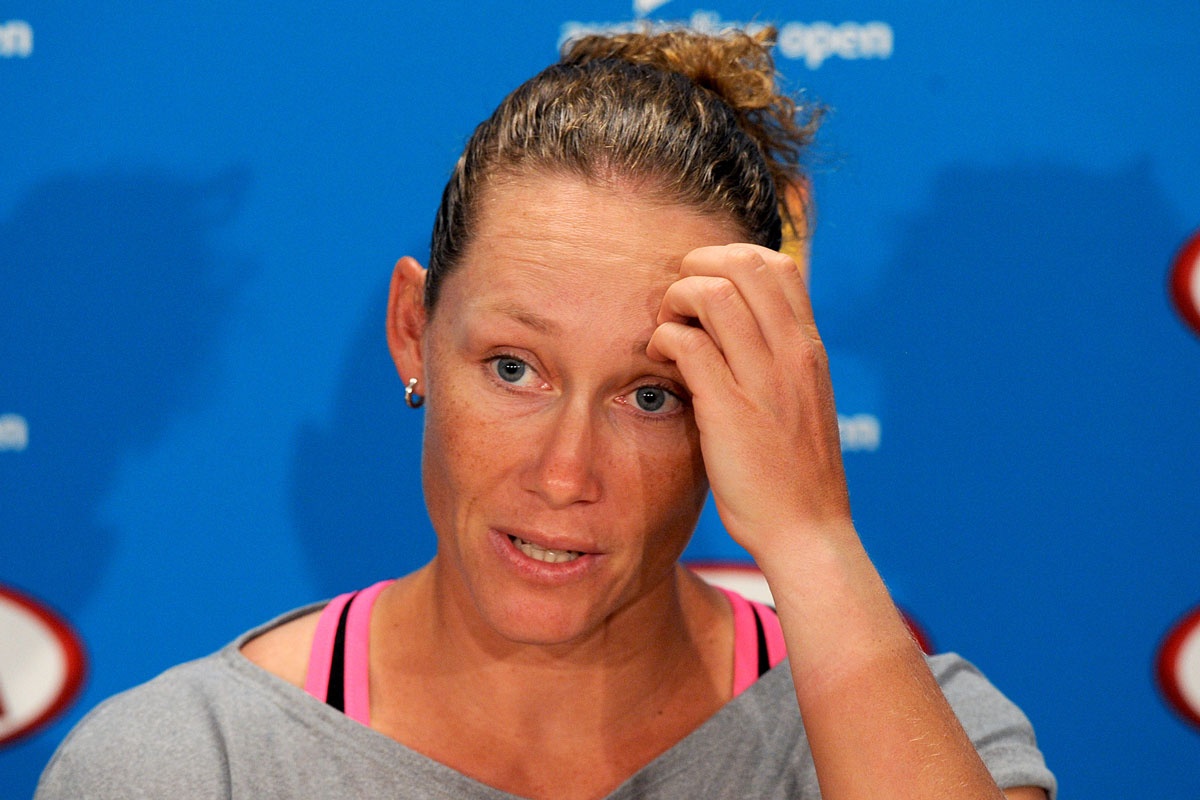 The Aussie was no match for Garbine Muguruza.

The brilliant French Open run of Australian Samantha Stosur has come to an end at the hands of a ruthless Garbine Muguruza.

Stosur fell in the semi  6-2, 6-4, with Muguruza progressing to her second major final.

• The refs cost us Origin One: Daley
• NSW blow chances as Maroons draw first blood
• Why hockey’s golden girl must be banned from Rio

She will face Serena Williams in France after the world number one beat unseeded Dutchwoman Kiki Bertens 7-6(9/7), 6-4 in their semi-final.

Stosur — who was attempting to reach the clay-court final for the second time, adding to her 2010 berth — had no answer to the power of the fourth-seeded Spaniard in their clash.

Muguruza powered 20 winners and five aces past the 21st seed, who could only muster 12 and three in the same categories.

Stosur was able to settle but rarely threatened in dropping the first set in 34 minutes.

In the previous 50 grand slam matches in which Stosur had dropped the first set, she had only managed to recover to win six, and that horror record looked set to haunt her following a similarly rough start to the second set.

After being broken in the opening game, Stosur fought back to secure her first break of the match and level the set at 2-2, but immediately gave it back to Muguruza, who quickly consolidated for a 4-2 lead.

Stosur’s second serve, which had proved so dependable on her march to the last four, let her down terribly as she on three occasions double-faulted on break point to gift her opponent the advantage.

Most crucially, she did so in the seventh game of the second set to go down 5-2, but, with Muguruza serving for the match, Stosur broke to stay alive.

Muguruza recovered in her next service game, sending down a pair of aces before Stosur netted a forehand to complete the straight-sets defeat.

Williams was made to work surprisingly hard by the 58th-ranked Bertens in their semi.

Bertens appeared to be having trouble with a calf strain, but still pushed the opening set to a tiebreak, which Williams ultimately won 9-7.

The top seed was clearly not at her best as she sent down almost as many unforced errors (28) as she did winners (32).

Dream run is over for Samantha Stosur