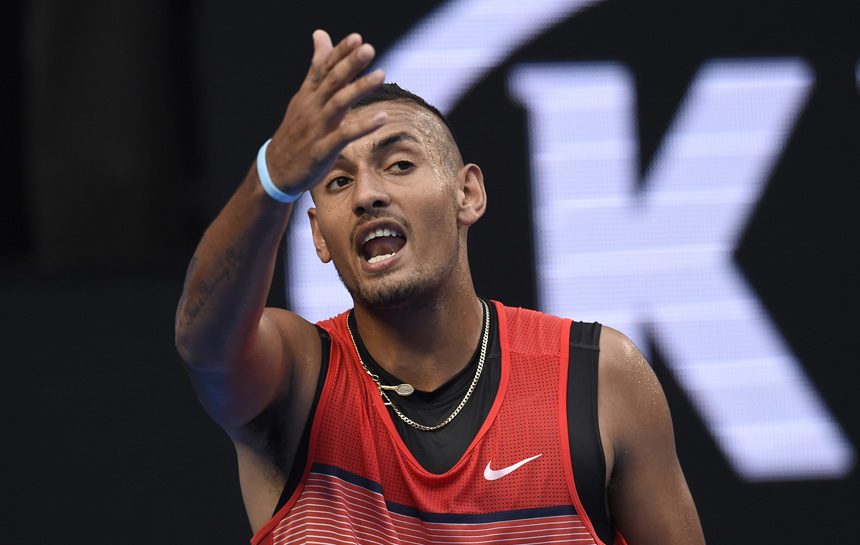 Yet another ugly saga in Australian tennis has come to an end.

Feeling hard done by for “unfair and unjust treatment” following an ongoing war-of-words with AOC chef de mission Kitty Chiller, Nick Kyrgios pulled out of running for the 2016 Olympic Games on Friday.

With the world No.19 went any chance Australia had of winning a medal in the men’s tennis competition, given Bernard Tomic had already withdrawn to focus on a tournament in Mexico.

• Nick Kyrgios pulls out of Olympic Games, citing ‘unjust treatment’
• Hockey’s golden girl must be banned from Rio after dirty secret revealed
• NRL match-fixing scandal is, sadly, just the tip of the iceberg

After another year of bad headlines, Chiller had repeatedly warned Kyrgios and Tomic about their behaviour and how it might see them kicked out of the Rio Olympics team.

She said they were both “on notice” and slammed Tomic for his “appalling” behaviour when he tried to return serve while holding his tennis racquet upside down at an event in Madrid in May.

Kyrgios then dared Chiller not to pick him, and she hit back saying he was “ill-advised”, while, in the meantime, Tomic decided enough was enough and called it quits.

The public commentary that has followed has been constant and Kyrgios, clearly bitter about the way the saga has panned out, issued a sternly worded statement on Friday in which he withdrew from the games and slammed the Australian Olympic Committee for “unwarranted attacks”.

And he stayed on the front foot, re-publishing a social media post on Friday afternoon (AEST) that aimed fire at everyone but himself. Earlier, Kyrgios said in a statement: “AOC’s unfair and unjust treatment of me over the last four weeks, as well as the organisation’s crystal clear position on whether they want me to be a part of the Australian Olympic team, has solidified my final decision.

“While I have received assurances from Tennis Australia that I will be nominated for the Olympic team, the AOC has chosen to publicly and privately disparage me.

“Not one member of the AOC has reached out to me, my family, my team, or representatives of Tennis Australia, asking for a meeting or the opportunity to discuss their concerns.

“The AOC’s unwarranted attacks on me demonstrate the organisation’s inability to understand the circumstances surrounding highly competitive sports.

“I also don’t want the AOC’s treatment of me to become a distraction and negatively affect the Australian Olympic team.” Kyrgios’ decision to withdraw was widely criticised on social media but he had an important ally in Tennis Australia.

The organisation’s president, Steve Healy, pointed the finger at the AOC for backing Kyrgios into a corner.

“We understand Nick’s decision and totally support him and his right to make it,” Healy said.

“But we are very disappointed that he has been put in this position.

“Nick is a passionate competitor and he’s working hard to learn and mature in a highly pressurised environment where he is under constant public scrutiny.

“As we’ve said recently Nick’s performances this year have improved.

“His growing maturity is reflected in his on court performance, with only world number one Novak Djokovic defeating more top ten players than Nick has this year.”

A bland and vanilla response from Chiller, via the AOC, said that Kyrgios had not even been picked.

“According to his website, Nick Kyrgios, has made himself unavailable for selection on the 2016 Australian Olympic team,” she said.

“At this point, Nick Kyrgios, or any other tennis athlete, has not been nominated for selection on the Australian Olympic Team.

“In regard to selection every athlete in contention is treated equally and fairly.

Tennis Australia and AOC at odds over Kyrgios