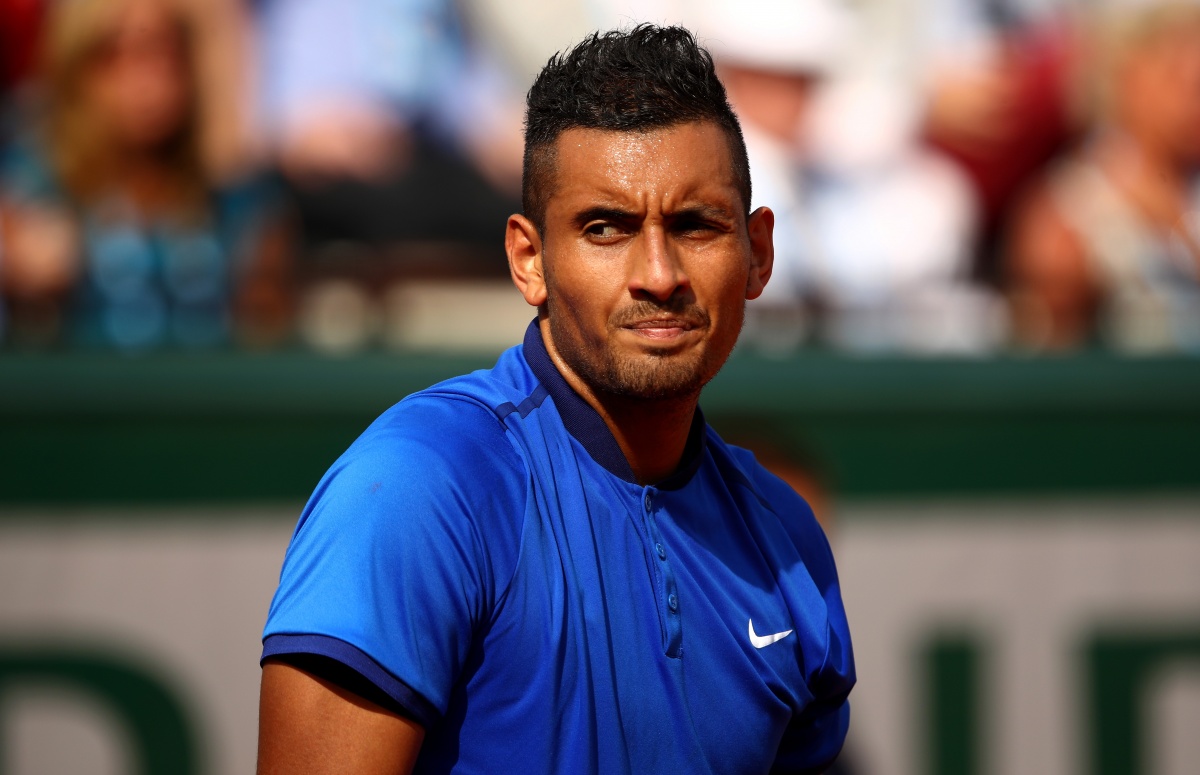 Australian tennis legend Pat Cash says Nick Kyrgios can be great – if he makes three significant changes in his life.

The 1987 Wimbledon winner urged the young Aussie firebrand to eradicate “distractions” in the same way that he had during his own playing career.

“Everything that wasn’t involved in me improving as a tennis player was a distraction to me,” Cash said.

“So I just focused on being the best I could be. That [meant] working hard.

“Enjoy your life but just don’t get involved in having arguments with Aussie Rules football players and stuff like that.

“[They] really have no freaking clue what it’s like to be out there on your own, around the world playing the best athletes in the world.”

Cash was referring to a Twitter argument Kyrgios had with Adelaide Crows captain Taylor Walker and now-Geelong star Patrick Dangerfield.

Kyrgios responded bluntly to Cash — via Twitter, the very medium he was advised to quit.

“Haha ‘ditch social media’. Can people keep their opinions to themselves please. Leave me alone. This is my last tweet for you Cashy,” he wrote.

In the past, Kyrgios has also used the social media website to sledge his Australian counterpart Bernard Tomic and Australian Olympic team boss Kitty Chiller.

Chiller threatened Kyrgios that he would not be picked in the 2016 Rio Olympics tennis squad if his behaviour did not improve.

Cash said it was “ridiculous” that there was any debate about Kyrgios’ place in the Olympic team for the Rio Games in August.

Haha 😂😂 ‘ditch social media’ – can people keep their opinions to themselves please. Leave me alone ✌🏾️ This is my last tweet for you Cashy 😘

Kyrgios needed to be less prominent in the media to have the best chance of reaching his immense talent, Cash said.

“I’m probably the only player on earth who can have an understanding of where he’s at and what he’s been through and what he’s going through.

“He needs to learn just to roll with it.

“It’s amazing how he polarises so many people – that’s the way he is, his personality, his character.”

Kyrgios is Australia’s highest-ranked male or female player, sitting at number 19 in the world.

He is three spots higher than Tomic and 42 places higher than the next-best Australian, world number 61 John Millman.

Tomic withdrew from the Rio Olympics due to a packed schedule.

In response to Chiller’s threats, Kyrgios penned this on his Facebook page: