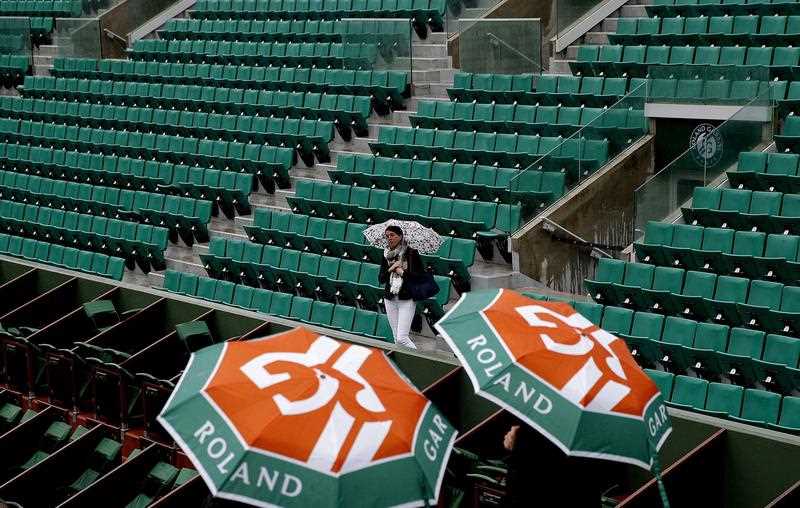 Stosur’s campaign has had a stop-start feel to it due to the temperamental Parisian weather.

Her first-round match with Japan’s Misaki Doi was played across two days due to persistent rain which forced a backlog of clashes.

On Sunday night she was able to get through just 44 minutes of her fourth-round clash with sixth seed Simona Halep before the match was called for the evening and rescheduled for Monday.

However more rain meant they were unable to resume, and dire forecasts prompted tournament officials to cancel the entire day’s play.

The 21st seed is down a break and trails 5-3 in the first set against Halep, with a quarter-final spot against either world No.2 Agnieszka Radwanska or Bulgaria’s Tsvetana Pironkova on the line.

Radwanska held a healthy 6-2 3-0 over Pironkova before their match was also halted due to rain.

Play will resume on Tuesday at 11am (1900 AEST), with spotty showers forecast.

The lost day will prove a headache for organisers, who will now likely be forced to delay the women’s quarter-finals – originally scheduled for Tuesday – back to Wednesday.

A late switch took the pair from the showpiece Court Philippe Chatrier to court one, the match finally getting underway in front of a few dozen fans at 7.51pm with the threat of further rain ever present.

Stosur, who hailed her third-round victory over 11th seed as good as any from her previous deep runs at Roland Garros, again started strongly against Halep.

But the 2014 French Open finalist took charge with a break and will quickly look to close out the first set when play resumes.