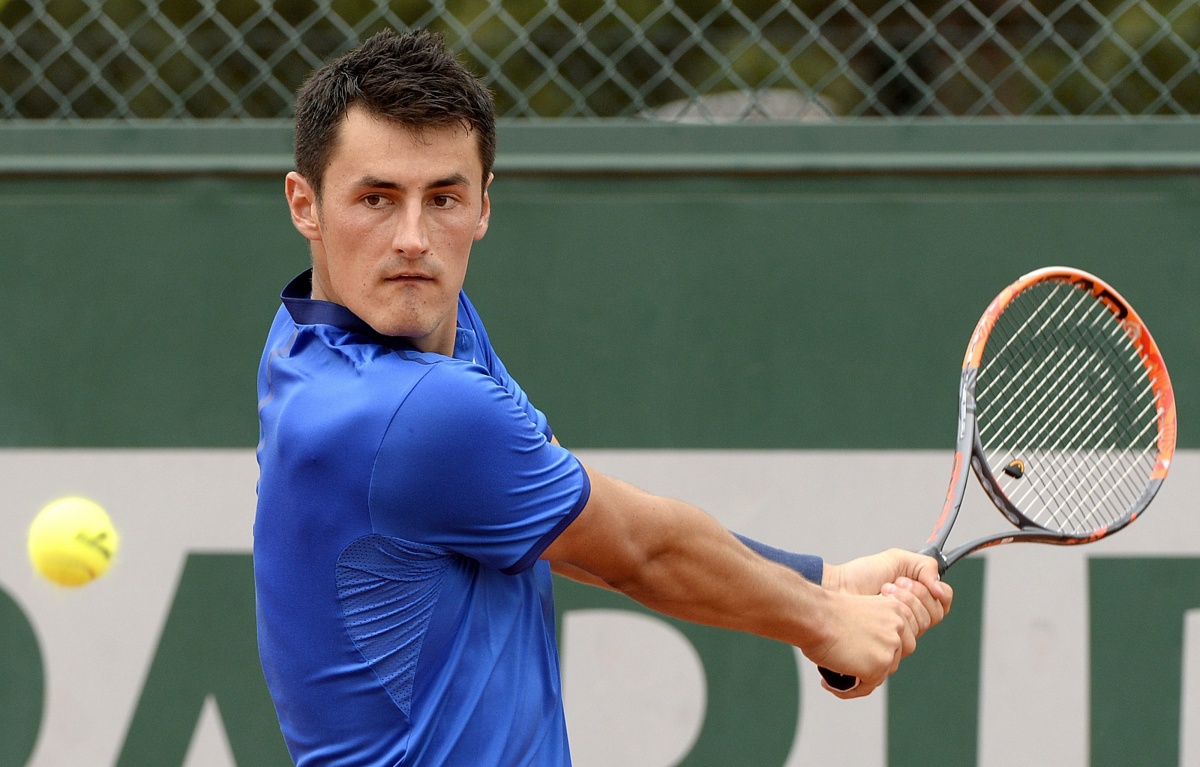 Bernard Tomic felt dizzy and like throwing up on court during his gutsy second-round defeat at the French Open, which leaves Australia with just one player in contention.

Watched on by a strong Australian contingent, including Davis Cup coach Lleyton Hewitt and 17th seed Nick Kyrgios, Tomic lost 3-6, 6-2, 7-6 (7-4), 7-6 (8-6) to Croatian teenager Borna Coric in arguably his best ever performance on clay.

“I was amazed, I was keeping a high level the whole match. It was a tough match and I was playing well,” the 20th seed said after the loss.

“It was a quality match. it’s just a shame that I lost because it was very good quality from both ends.”

Tomic’s exit leaves just Stosur, who had a mighty challenge against last year’s runner-up Lucie Safarova, in the competition.

Tomic required medical assistance early in the third set, down 2-1, and complained of feeling “dizzy and unwell” to the match umpire.

“I got a bit tired and got a bit fatigued and I felt like I was going to vomit on court,” Tomic said.

“It went away quickly which allowed me to get back in that third set and really focus.

“During those games, I kept going for my shots and after I got the medication from the doctor, it went away.

“That was good because I would’ve had no chance to compete against him in the third and fourth sets if I was feeling that way.”

After being given some medication, the 23-year-old recovered with a quick service game immediately after, levelling the set at 2-2.

He battled on to force a tiebreak, but struggled to stay in long rallies and became heavily reliant on hitting winners – at one point shouting to himself “I hate this surface” during the two-hour-and-47-minute defeat.

He fell behind in the tiebreak, then rallied to save two set points, before Coric wrapped it up 7-4 to take a two-sets-to-one advantage.

Tomic continued to struggle with his movement in the fourth set and regularly found himself fighting to stay in service games – but continually found ways to stay in the match, saving five break points in the fifth set and 10 for the match.

In the fourth-set tiebreak, Tomic stumbled when serving for the set at 6-5 – first putting a backhand slice and then an attempted crosscourt forehand into the net to give Coric a second match point.

After a tense rally, Tomic again faltered – sending a big forehand too deep, prompting Coric to let out a mighty roar as he set up a third-round clash with 14th seed Roberto Bautista Agut.