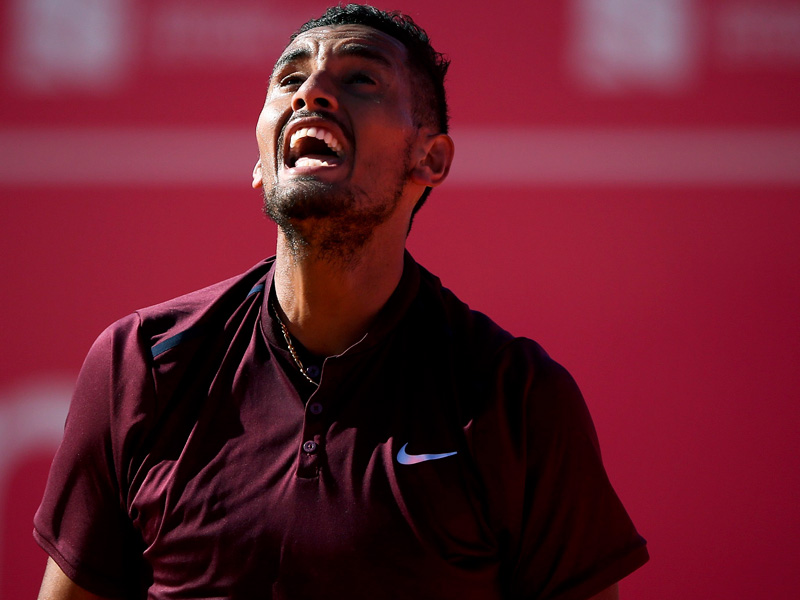 Spain’s Rafael Nadal has set up a likely quarter-final clash with defending champion Novak Djokovic at the Rome Masters after battling past Australian upstart Nick Kyrgios 6-7 (7/3), 6-2, 6-4 in the third round.

Nadal, a seven-time winner in the Italian capital, was given plenty of food for thought during a tight opener that saw hard-hitting Kyrgios, who hit seven aces in the match, secure the first set on a tie break with a crisp cross-court winner.

But the Spaniard never looked to be really in trouble, and when wayward shots began creeping into Kyrgios’s inconsistent game, the Spanish fifth seed took a firm grip.

He broke Kyrgios in the first game of the second set and never looked back on his way to a convincing win that could see him meet Djokovic in the last eight on Friday if the Serbian overcomes Brazilian Thomaz Bellucci.

Djokovic came through a tough Madrid final against Britain’s Andy Murray on Sunday and comes to Rome looking for a third consecutive, and fifth career title in the Italian capital.

His path could be eased by the absences of Swiss pair Roger Federer, a four-time finalist, and Stanislas Wawrinka, who was stopped at the semi-finals last year.

Rome marks only the fourth tournament of the season for Federer, who underwent knee surgery in early February, the first operation of his career, and he pulled out of Madrid last week due to back pain.

Less than a month before targeting an 18th major title at the French Open in Paris, he admitted: “I actually thought I could really do a good result in Paris. Now, after the last couple of weeks, it’s been more difficult.

“I see my chances as, you know, as not great … but I’m so happy I didn’t get hurt this week. Happy I’m through the tournament now and can look ahead.”

Serena Williams, meanwhile, overcame a tight first set against compatriot and qualifier Christina McHale to prevail 7-6 (9/7), 6-1 and maintain her bid for a fourth Italian Open crown. With only three other seeds left in the competition, she is not expected to fail.

The American world number one is also seeking a fourth French Open title and admitted her quarter-final opponent, Russian ninth seed Svetlana Kuznetsova, who stunned 2015 finalist and eighth seed Carla Suarez Navarro 5-7, 7-5, 6-2, should give her a good run-out.

“Right now she’s probably one of the best clay court players out there so it’s the perfect opportunity for me, win or lose, leading up to Roland Garros.”