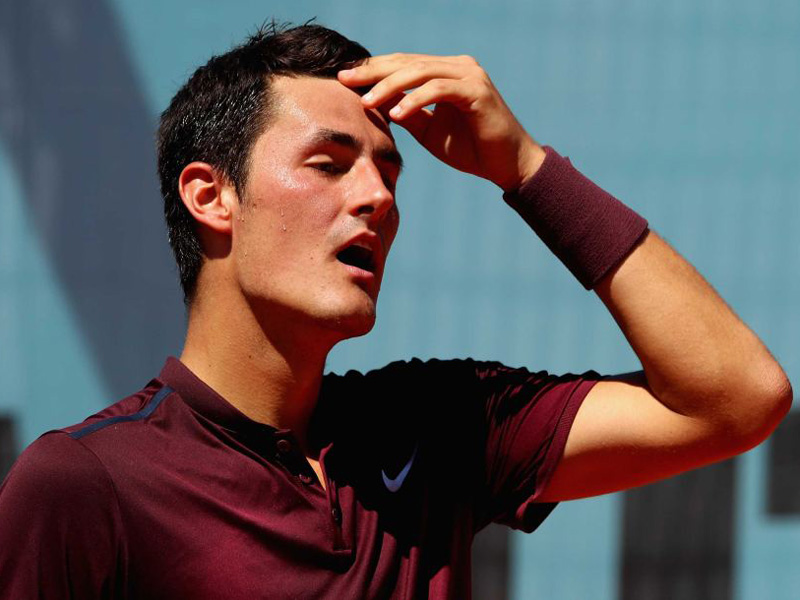 Bernard Tomic has announced he will not be representing Australia in tennis at the Rio Olympics.

He has made himself unavailable for the Games, citing an extremely busy playing schedule and his own personal circumstances.

He will instead opt to play at the ATP Tour event in Los Cobos, Mexico, which is on at the same time, to defend the title he won when the tournament was played in Bogota, Colombia last year.

“With a heavy sense of regret, I have made the difficult decision to not play with the Australian tennis team as they pursue an Olympic medal in Rio,” Tomic said in a statement.

“I have always proudly represented my country in Davis Cup and given my all when wearing the green and gold, but on the basis of my extremely busy playing schedule and my own personal circumstances, I am regrettably unable to commit to this year’s tournament. I make this decision based on what is best for my tennis career.”

Tomic was criticised by Australia’s Olympic chef de mission Kitty Chiller last week for holding his racquet the wrong way on match point in his opening round match at the Madrid Masters.

Australian Davis Cup captain Lleyton Hewitt famously skipped the 2004 Athens Olympics, opting instead to focus on the US Open that year in which he reached the final.

Hewitt said Tomic would not have made the decision to bypass the Games lightly.

“Scheduling can always be difficult in these circumstances,” Hewitt said.

“Bernie has always made himself available to play for Australia in the Davis Cup and he is very passionate about playing for his country.”

Tomic’s reverse-racquet stunt, which saw him stand motionless as Fabio Fognini served a perfunctory ace to win the match, also came in for heavy criticism from world number one Novak Djokovic, who said Tomic had to grow up.

“I’ve seen what he has done. It’s not right and I hope he realises that,” said the 11-time major champion.

In response to the furore over the reverse racquet, Tomic told News Corp: “I don’t care about that match point. Would you care if you were 23 and worth over $10 million?”

He then retired eight minutes into his opening match at the Rome Masters, citing illness, putting his French Open preparations into further disarray.