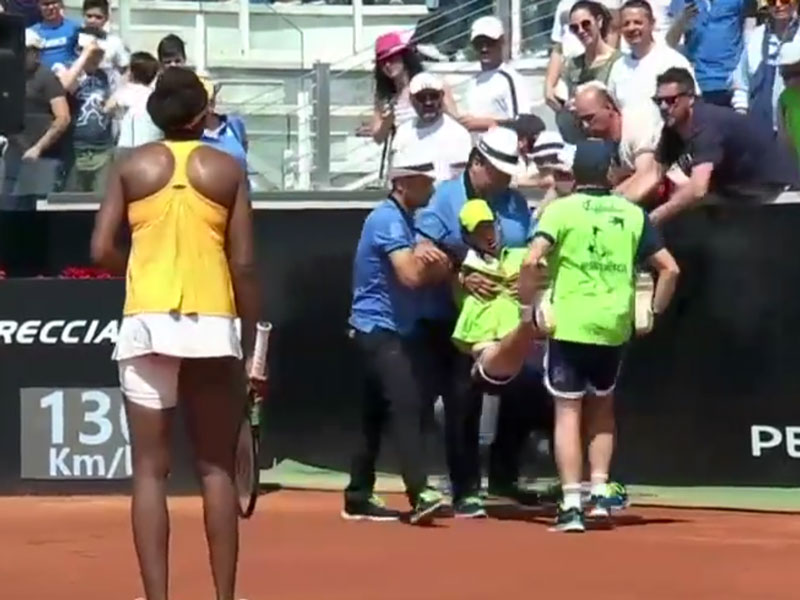 A first-round contest between Venus Williams and fellow American Coco Vandeweghe at the Italian Open was dramatically interrupted by the on-court collapse of a ballboy.

Williams and Vandeweghe were tied 40-all in the second game of the match when the teenager suddenly dropped to the ground.

“It looks as if his day’s work is well and truly done.”

The boy appeared to shake, before he regained consciousness, looking confused as he tried to pick himself up off the ground.

Officials quickly rushed to help him and he was carried from the court, as former world No.1 Williams and Vandeweghe looked on.

Temperatures reached nearly 30 degrees in Rome on Monday (AEST), part of a wave of warm May temperatures for the Italian city.

The mercury was expected to remain in the mid-20s until later this week.

It was one in a strange set of in-match ball retrieval incidents for the American.

In January 2015, small dogs replaced ballboys for a friendly match against Grand Slam winner Svetlana Kuznetsova, while four All Blacks players stepped in for retrieval duties.

See a video of the incident below: