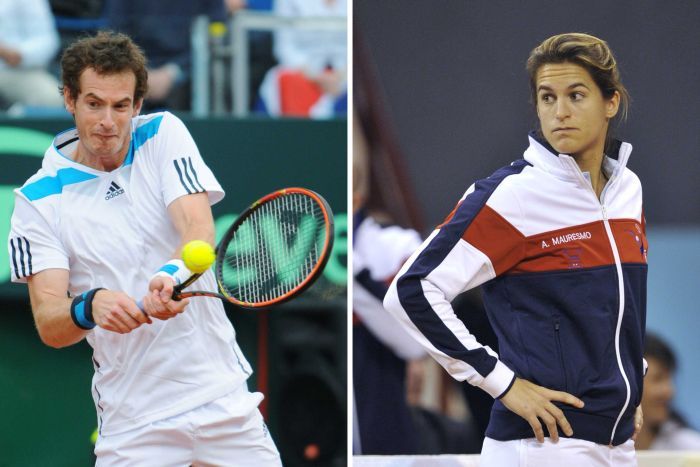 Andy Murray and Amelie Mauresmo announced on Tuesday (AEST) that they had mutually agreed to end the Frenchwoman’s two-year stint as coach of the two-time major champion.

Under Mauresmo’s tutelage, Briton Murray won seven titles, including his first two on clay, and reached the final of the Australian Open in 2015 and 2016.

“Working with Andy over the last two years has been a fantastic experience for me,” said Mauresmo in a joint statement with Murray on her Facebook page.

“I’ve thoroughly enjoyed being part of the great team of people he has around him. Dedicating enough time along with the travel has been a challenge for me. I wish him and team well and I hope he goes on to win many more titles.”

Mauresmo, who is a former world number one and also a two-time Grand Slam champion, took over as Murray’s coach in June 2014, after the player and Czech Ivan Lendl decided to part ways.

She took some time off last summer whilst pregnant with her son, with Swede Jonas Bjorkman filling in in her absence.

The 36-year-old, who was the first woman to coach a top male player, has not been seen around the practice courts with Murray for several months.

“I’ve learned a lot from Amelie over the last two years, both on and off the court,” said Murray.

“She’s been a calming influence in the team and we will all miss having her around.

“I’ll take some time to consider the next steps and how we progress from here, but I’d like to thank her for everything she has done, she’s been an invaluable member of the team.”

The biggest improvement in Murray’s game under Mauresmo has come on clay.

As well as the final appearances at Melbourne Park, which both ended in defeats to Novak Djokovic, Murray twice progressed to the French Open last four after he started working with Mauresmo.

Murray claimed his maiden clay-court trophy in Munich last year, and backed it up by beating Rafael Nadal on the red dirt for the first time in the Madrid Masters final.

The 28-year-old surrendered that crown to top seed Djokovic on Monday (AEST), but only after pushing the Serb hard to force a tight deciding set.

He also took the world number one to five sets in a semi-final loss at Roland Garros last year.