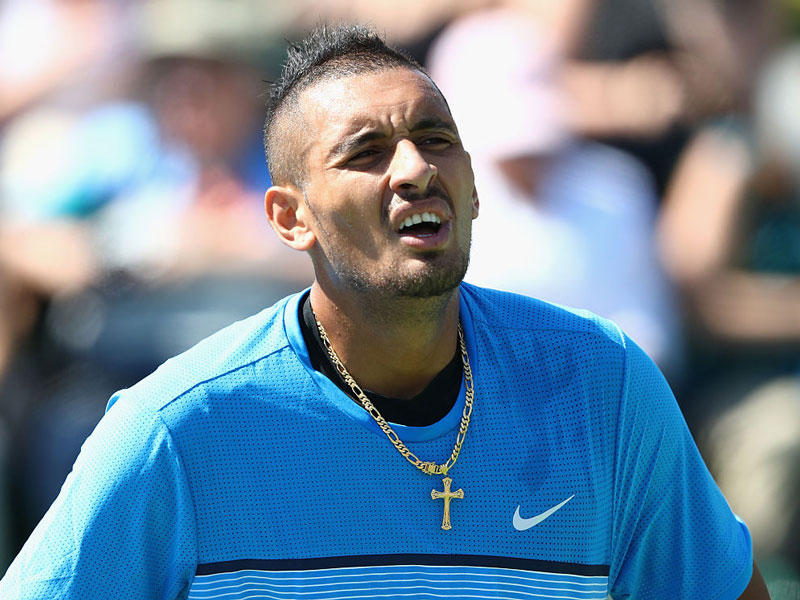 Australian Olympic Committee chef de mission Chiller put the pair on notice last week after a raft of behavioural issues on and off the court.

Chiller spoke out after Tomic faced up to a match point in Madrid holding his racquet the wrong way – which came just days before the world No.22 withdrew only eight minutes into his opening round match in Rome.

After cruising to an easy first-round win over local wildcard Salvatore Caruso in Rome, Kyrgios returned serve over a possible Games snub.

“I mean, if you don’t want to pick me or Bernard, you know, there are plenty of others you can pick to represent your country as well,” Kyrgios said on Monday.

“If you don’t want two of the best players in Australia to represent your country, so be it.”

Chiller described Tomic’s behaviour as “appalling” after the 23-year-old – when questioned about his match-point antics – said he didn’t care because he was worth $10 million.

Kyrgios admitted behaviour would be a factor in the pair’s selection, but defended Tomic’s actions.

“Yeah, for sure I think, you know, the behaviour has to be monitored going into the Olympics, representing your country,” Kyrgios said.

“But, you know at the same time I think, with Bernard’s case with that match point – I mean, it’s not easy playing Fabio (Fognini) on clay. It’s Bernard’s least preferred surface.

“I’m sure he competed nearly every other point in the match.

“I don’t really know what he was doing, but that one point he gets scorched for when he probably tried his heart out the rest of the match.”

While Tomic’s Italian Open campaign lasted less than 10 minutes due to illness, Kyrgios took care of Caruso 6-1 6-2 to set up a second round clash against big-serving Canadian Milos Raonic.

The win continues Kyrgios’s strong clay court form, but he remains wary of the challenge awaiting him in round two.

“I’m confident going forward, but, at the same time, Raonic’s got one of the best serves in the world,” Kyrgios said.

“If he’s having a lights-out day when he does everything, you can’t really do too much.

Raonic recorded a tough 6-4 4-6 6-4 win over Italian Marco Cecchinato in the first round, while France’s world No.7 Jo-Wilfried Tsonga has withdrawn from the tournament with a thigh muscle injury.

Kyrgios dares officials not to pick him for Olympics