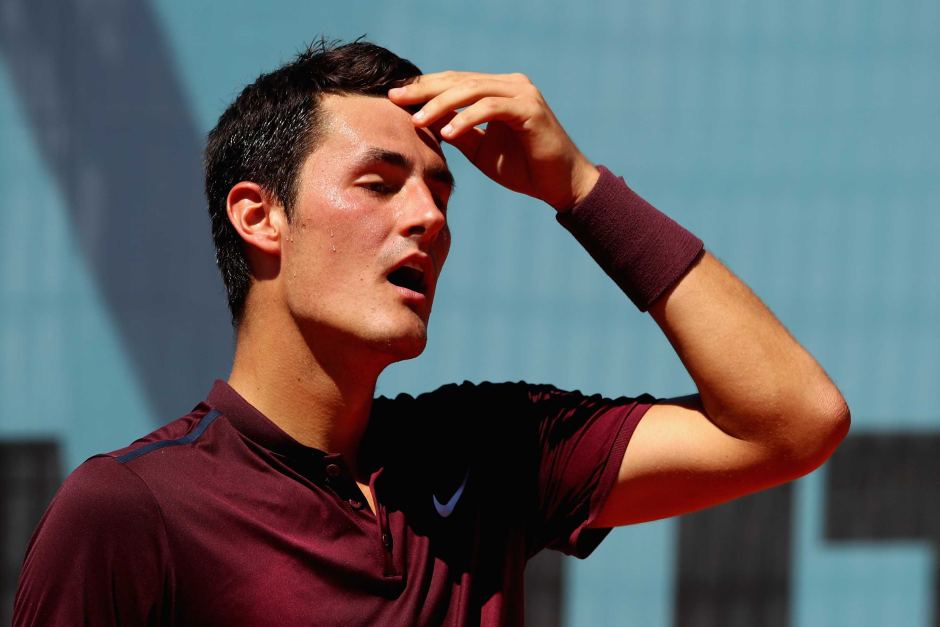 Bernard Tomic’s French Open preparations are in disarray after the Australian retired from his Rome International first round clash after just eight minutes due to illness.

Tomic, who was heavily criticised by world number one Novak Djokovic after appearing to give up when facing three match points at the Madrid Open last week, led Benoit Paire 2-1 when he stunned the crowd and his opponent by conceding the match to the Frenchman following a short consultation with a doctor during a medical time out.

“I was feeling bad all night,” Tomic said.

“I couldn’t play with the heat. I felt so, so bad and I felt like I was going to collapse. It was the best thing for me to do to retire. … The main thing is to get it out of my system.”

It is the latest setback for the Queenslander who now has crashed out at the first hurdle in his last four competitions.

Not for the first time in his career, he was accused of tanking in Madrid after turning his racket the wrong way to face a serve from Fabio Fognini when match point down.

He was reported to have said he did not care about that match point in Madrid, making reference to the money he had already made from tennis.

The 23-year-old has not won a match since winning first-up at Indian Wells over Rajeev Ram in March.

Tomic is not currently not slated to play in any further ATP events before the French Open gets underway at Roland Garros on May 17 and has only won a single set in his last four matches on clay.