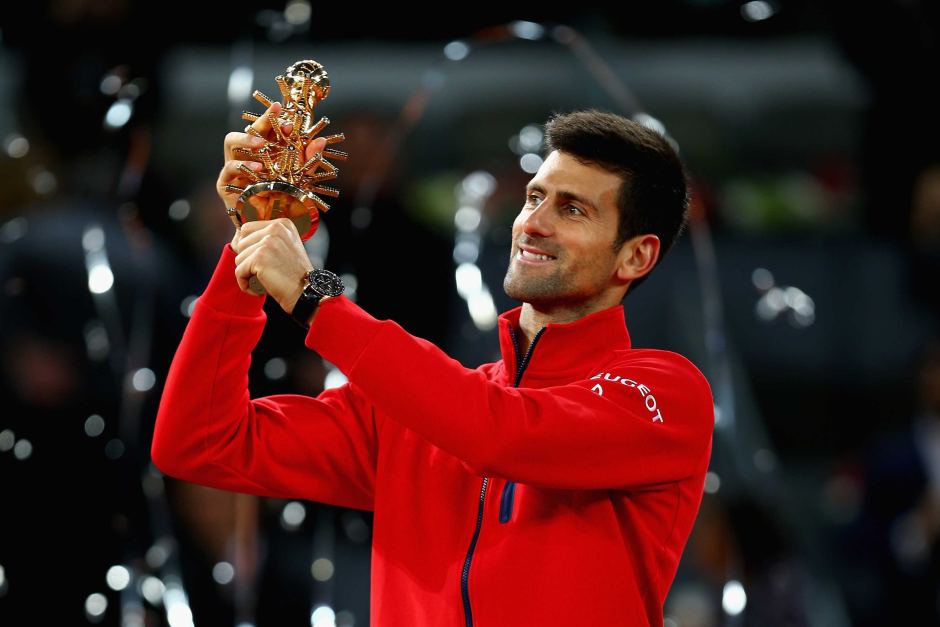 Novak Djokovic claimed a record 29th Masters title when he defeated Andy Murray 6-2, 3-6, 6-3 on Monday (AEST) to win the Madrid crown for a second time.

The world number one captured his fifth trophy of 2016 as he defeated defending champion Murray for the 12th time in their last 13 matches to stand at an overwhelming 23-9 in their career head-to-head.

Djokovic has defeated the world number two Scot in all four of their clay-court meetings as he added the 2016 Madrid trophy to the title he earned five years ago in the Spanish capital.

Murray saved a match point in the eighth game of the deciding set and another in the 13-minute ninth game while also seeing the Serb save seven break points.

Murray will fall to three in the world in the new rankings on Monday behind Roger Federer after failing to defend his title.

Djokovic, who has now gone past Rafael Nadal’s record of 28 Masters trophies, had to fight hard for a victory in just over two hours against Murray, who appeared out of contention after losing the opening set in half an hour.

“I’ve been three years away from Madrid and I missed it,” said Djokovic, who last played the event in 2013.

Murray, who saved a first match point with a 10th ace and played his role in a dramatic final game, paid tribute to the rival who has dominated their career series since their first ever meeting in Madrid a decade ago.

“It was a fantastic win for Novak, congratulations to him. I’ve had a lot of success here the last two years,” said Murray.

“It’s a shame I could not come back and defend the title – it wasn’t to be today. But Novak showed that he is doing great things.”

Djokovic admitted that he just scraped to the win in a tight match where he fired 25 winners and the same number of unforced errors while breaking four times.

“It was a great match to be a part of,” the winner said. “Congratulations to Andy for a big fight. It was all decided by just a few points at the end.

“I don’t know how I dug my way out, but that’s how it happens when you play against one of the best in the world. I’m just happy to have overcome this challenge.”