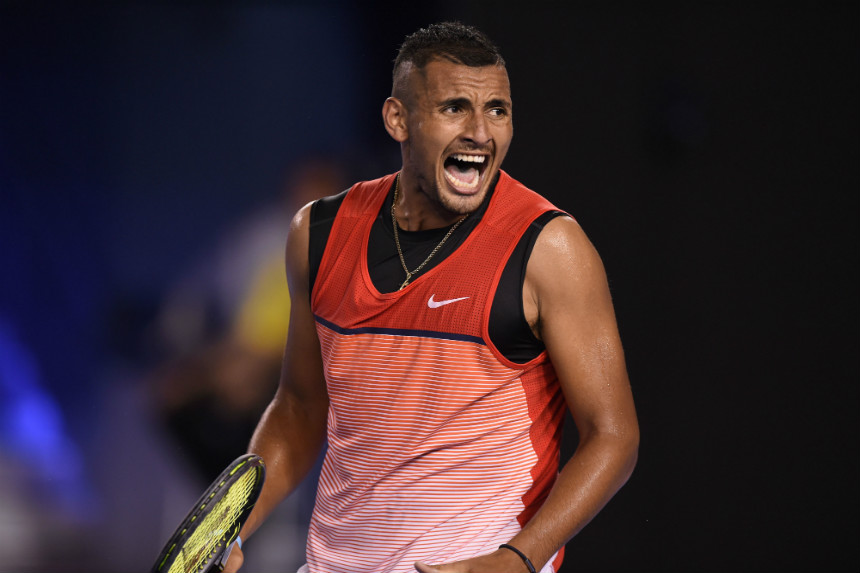 Nick Kyrgios has potentially harmed his chances of representing Australia at the 2016 Olympic Games after an arrogant and dismissive post on social media.

The 21-year-old responded to recent remarks made by Australian chef de mission Kitty Chiller, in which she stated that both Kyrgios and Bernard Tomic’s behaviour was being monitored and could cost them Olympic selection, with a typically breezy comeback.

“Someone tell that Kitty Chiller to watch that tweener lob, then she will understand why I’m on watch for the Olympics lol. #smh [shaking my head].”

He was widely criticised for attempting to return serve on an opponent’s match point by holding his tennis racquet by the strings and letting a serve fly past him.

Tomic said in the aftermath: “I don’t care about that match point. Would you care if you were 23 and worth over $10 million?”

That prompted Chiller’s public warning – and Kyrgios’ return of serve on Twitter.

Kyrgios’s ‘tweener lob’ – a tennis shot hit between the legs – won him a crucial point in his Madrid Open quarter-final loss to Japanese star Kei Nishikori.

‘There’s a few athletes that are on watch’

Chiller opened up on Australia’s selection policy for the Olympics at the AOC’s annual general meeting on Saturday.

“There’s a few athletes that are on watch and those two names [Kyrgios and Tomic] are among them,” she said.

“Every athlete is under the microscope now.”

Chiller then blasted Tomic for his antics in Madrid and said that sort of behaviour was not acceptable for potential Olympians.

“I think it was appalling behaviour.

“I would not want to see any of our Olympic team members behave in that way.”

Tennis Australia will put forward nominations for the Olympics – but they still must be approved.

Chiller insisted that any athlete nominated by any of the respective sporting bodies would be examined.

“It’s their [Tennis Australia’s] responsibility to determine whether it’s appropriate to nominate them.

“If any athlete from any sport is nominated, we look at everything … including behaviour, including the disrepute clause.

“We have the ability to take that into consideration whether we proceed to select the nomination or not.

“Based on the last 48 hours, all I can comment on is that is not behaviour that I would want any team member in a team that I’m responsible for to exhibit.”

Tomic has not won a match since March and has slipped in the ATP rankings to 22nd, one place below Kyrgios.

Australia’s next best ranked player is John Millman, who is 67th.