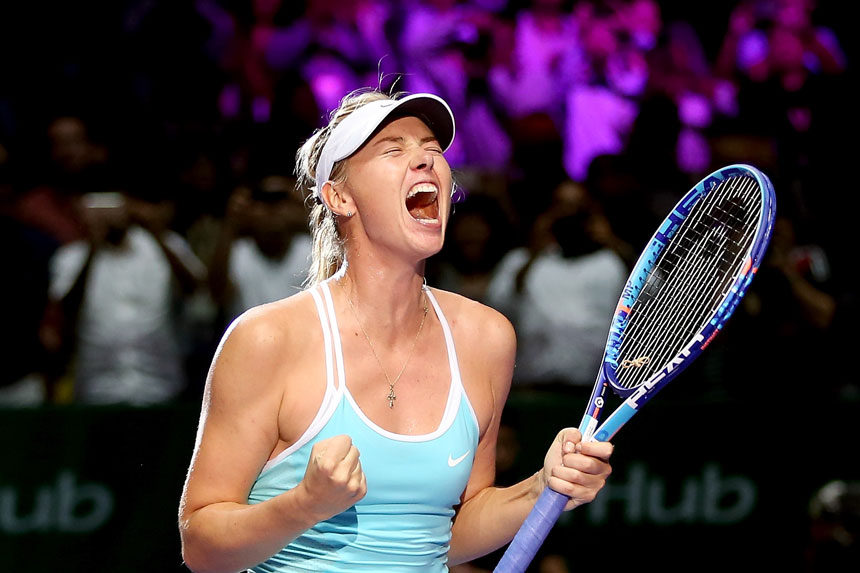 Maria Sharapova might just end up having the last laugh.

The 28-year-old’s reputation has been trashed since she revealed she tested positive for recently banned drug meldonium at January’s Australian Open. Sponsors and fans deserted her in droves.

Fellow players have given her little support. Most refused to comment on the issue. Those who did were quick to stick the boot in, calling her ‘totally unlikable’ and ‘arrogant, conceited and cold’.

But the back-tracking of the World Anti-Doping Authority (WADA) on meldonium in the past 24 hours gives Sharapova and her team hope.

Already 172 athletes (of which 40 are Russian) across the globe have tested positive for meldonium – an anti-ischemic drug that improves circulation, particularly in the brain, but is used to treat heart conditions – since it was added to WADA’s banned list on January 1.

But the handling of the cases now appears seriously botched, after WADA announced it did not have definitive information on how long the drug remained in the body.

“In the case of meldonium, there is a currently a lack of clear scientific information on excretion times,” a WADA statement said.

“For this reason, a hearing panel might justifiably find (unless there is specific evidence to the contrary) that an athlete who has established on the balance of probabilities that he or she ingested meldonium before 1 January 2016 could not reasonably have known or suspected that the meldonium would still be present in his or her body on or after 1 January 2016.

“In these circumstances, WADA considers that there may be grounds for no fault or negligence on the part of the athlete.”

In three sentences, a swift Sharapova return is back on the cards. Though there will be no avoiding a hearing. The International Tennis Federation confirmed this later on Thursday.

Those who kicked her when she was down probably thought they would never play her again. They may meet again in months. WADA in the firing line

After talking tough and dishing out bans, WADA’s backpedalling has unsurprisingly attracted criticism.

The strongest of those voices was Sharapova’s lawyer, John Haggerty, who slammed their poor handling of the case.

“The fact that WADA felt compelled to issue this unusual statement now is proof of how poorly they handled issues relating to meldonium in 2015,” he said in a statement.

“Given the fact that scores of athletes have tested positive for taking what previously was a legal product, it’s clear WADA did not handle this properly last year and they’re trying to make up for it now.

“The notice underscores why so many legitimate questions have been raised concerning WADA’s process in banning meldonium as well as the manner in which they notified players.

“This notice should have been widely distributed in 2015, when it would have made a difference in the lives of many athletes.”

In an Olympic year, Russia’s preparations for the 2016 Games in Rio de Janeiro are in serious jeopardy, due in part to meldonium.

Its athletics team remains banned from competition for systematic corruption and doping cover-ups, with an extraordinary IAAF meeting in May set to determine whether they compete at the Games. Many tested positive for meldonium.

But Russian president Vladimir Putin denies use of the drug constitutes doping. During a press conference on Thursday, he said meldonium use is merely protective to the heart.

“This drug has nothing to do with doping,” Mr Putin said.

“It does not impact results at all. It simply keeps the heart muscle in good condition under high strain.” Technicality may save Maria Sharapova’s career