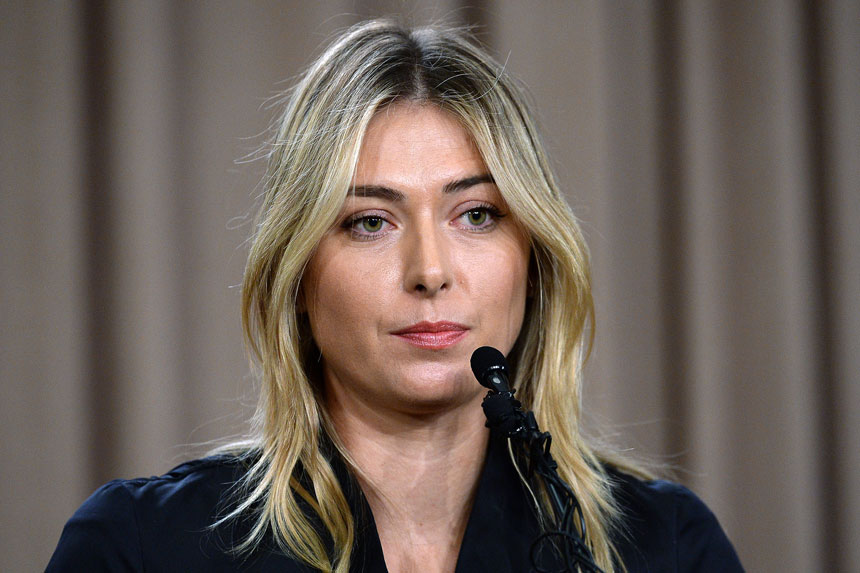 Maria Sharapova will return to tennis after her doping ban in April. Photo: Getty

Maria Sharapova’s lack of friends in the tennis world becomes more evident by the day, with Slovakian player Dominika Cibulkova one of the latest to tip a bucket on the former world No.1.

Sharapova’s positive test for banned substance meldonium rocked the sport in January and she has been provisionally suspended from March 12.

The 28-year-old’s attempt to justify her use of meldonium – an anti-ischemic drug that improves circulation, particularly in the brain, but is used to treat heart conditions – seems to have backfired.

Sharapova said she had been taking the substance for 10 years for a magnesium deficiency and was not aware it was added to WADA’s banned list on January 1, 2016.

After the revelations, the Russian was criticised by tennis figures, with an awful lot of fence-sitting from others. Support was little to none.

In an interview with a Slovakian website early in March, Dominika Cibulkova said she was surprised the tennis community was not angrier at Sharapova, given her low standing.

“I was surprised that most of the reactions were so diplomatic,” Cibulkova told sport.sk, as translated by English-speaking websites.

The Slovakian, who is ranked 53rd in the world but was as high as 10th a few weeks after reaching the final of the 2014 Australian Open, described Sharapova using Slovakian words that translate as “arrogant” and “unlikable”.

“I will only say that I don’t feel sorry at all for Sharapova,” she said.

“I don’t miss her on the tour. She’s a totally unlikeable person. Arrogant, conceited and cold.

“When I sit beside her in the locker room, she won’t even say hello.” Evert, now an analyst for television network ESPN, said the Russian – who has won five grand slams herself – was not receiving support because of her own decisions.

“It’s hard to tell [the reaction from players] because Maria Sharapova has always isolated herself from the rest of the tennis world, from the players,” she said.

“She’s made that known. She can’t be friends with the players.

“Her friendships are outside of the tennis world, she’s isolated herself. So it’s hard.

“I’m not seeing a lot of support from a lot of the players … whether it’s shock or whether they don’t want to become involved.”

Ostracised by the sporting community, Sharapova has turned to the world that welcomed her with open arms when she first appeared on the international circuit: Hollywood.

Thanks to her obvious aesthetic advantages and keen eye for fashion, Sharapova has long been a favourite among the beautiful people, from Vogue features to front-row seats at runway shows and movie premieres alike.

Two weeks after her press conference, she escaped to Mexico with friend and talk show host Chelsea Handler.

One of Sharapova’s closest friends who has remained by her side throughout the scandal is hairdresser Adir Abergel, who also tends to the tresses of A-listers like Reese Witherspoon, Kristen Stewart, Anne Hathaway and Gwyneth Paltrow. ‘I am not afraid’: The modern unknown soldier risks it all in Ukraine
Greens sign up for Labor’s looming jobs-and-skills summit as Liberals stick with boycott
Joe Biden’s $430b green victory for the environment
China cementing its Thailand ties with joint military exercises
NRL: Titans frantic to end 10-game losing streak as Manly showdown looms
AFL: Western Bulldogs cling to finals hopes after GWS thriller
Seven suggestions that could fix tennis
Today's Stories