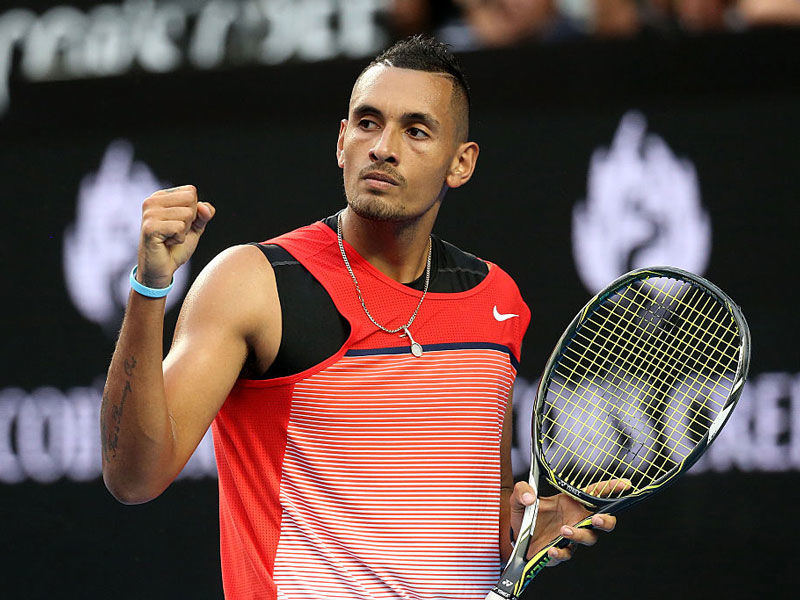 Popular tennis star Nick Kyrgios has revealed some, shall we say, interesting insights into his life during an impromptu Q&A session on Twitter.

The 20-year-old took to social media on Thursday, spontaneously calling on his 170,000 followers to throw any questions they like at him.

Currently in France where he was due to face Russian Teymuraz Gabashvili in the second round of the Marseille Open overnight, Kyrgios spent almost an hour engaging with his fans.

Nothing was seemingly off limits, although questions surrounding his relationship with women’s world No.65 Ajla Tomljanović were decidedly noticeable by their absence.

The young Aussie stuck to lighthearted questions such as his goals for the year, the weather in France and his opinion on controversial rapper Kanye West.

When quizzed on the best thing about his friendship with Thanasi Kokkinakis, Kyrgios replied: “The naughty secrets obviously…..”

Other insights included Kyrgios’ preference for shaving before a shower, his diet of pasta and water during tournaments and his liking for eating pineapple on pizza “sometimes”.

Asked by one user why fellow Aussie and world No.17 Bernard Tomic did not have a Twitter account yet, Kyrgios responded: “I’ve tried, trust me I’ve tried. Maybe he can’t spell?? #GetTomicOnTwitter”

Here are some of Kyrgios’ other memorable tweets.