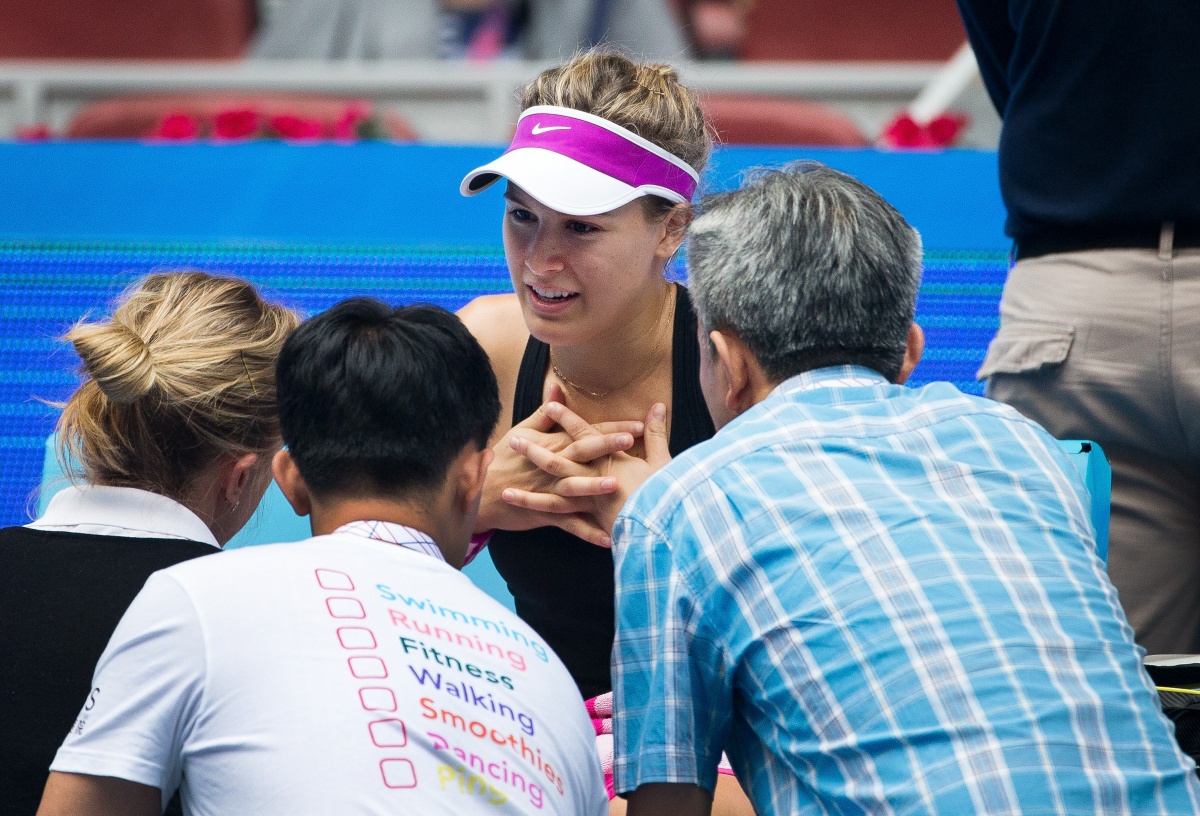 Eugenie Bouchard has filed a lawsuit against the United States Tennis Association (USTA) and the Billie Jean King National Tennis Center for damages related to the head injury she suffered at this year’s US Open.

The 21-year-old Canadian tennis star slipped and and hit her head in a physical therapy room after a late finish to a mixed doubles match she played with Nick Kyrgios on September 4.

The subsequent concussion she suffered forced her to withdraw from the tournament, and she continues to suffer symptoms, recently retiring from the first round of an event in Wuhan, China due to dizziness.

According to reports, Bouchard is asking for a jury trial and seeking damages, with her lawyer Benedict Morelli telling the New York Times: “We could be talking about millions and millions.”

The suit, filed in United States District Court for the Eastern District of New York said the fall had been induced by “a slippery, foreign and dangerous substance on the floor”.

Morelli blamed a cleaning agent which he says should not have been applied to the floor until the athletes had left for the day.

“If they were going to do that, they should have closed the door and locked it off,” Morelli said. “And they didn’t do that,” he said.

Bouchard has been ranked as high as number five in the world, though that ranking had slipped to 25 at the time of the US Open and now stands at 39.