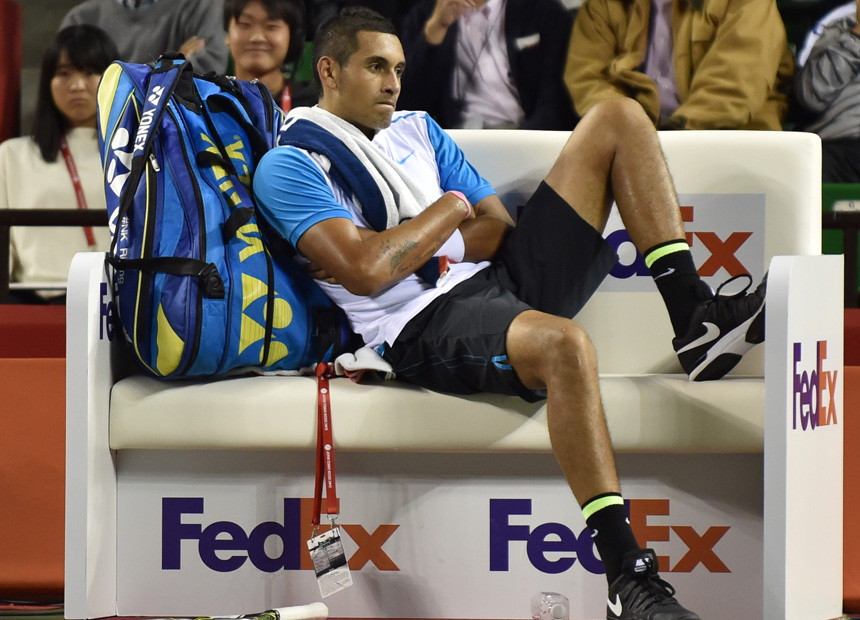 Controversial tennis young gun Nick Kyrgios has been issued with a $1,500 fine for an expletive-ridden outburst on the tennis court, which pushes him closer to suspension.

Kyrgios was fined for yet another audible obscenity during his Shanghai Masters victory over Andreas Haider-Maurer on Tuesday night (AEDT).

He reportedly called the tournament a “circus” and complained about ball kids and cameramen during the match.

“They were talking in the middle of the points. I was just expecting a lot more obviously from a Masters event,” he said during a post-match interview.

“They’re not going to have the cameraman talking in the middle of the point on centre court.”

If Kyrgios receives $5,000 in fines by February he will trigger a 28-day suspended ban imposed for his slur against Stanislas Wawrinka in August.

“You’re not going to see Roger [Federer] or Rafa [Rafael Nadal] playing on a court like that. They’re always playing on centre court where things usually go pretty smoothly.”

Compatriot and close friend Thanasi Kokkinakis said on Tuesday that Kyrgios was trying to reign in his controversial behaviour.