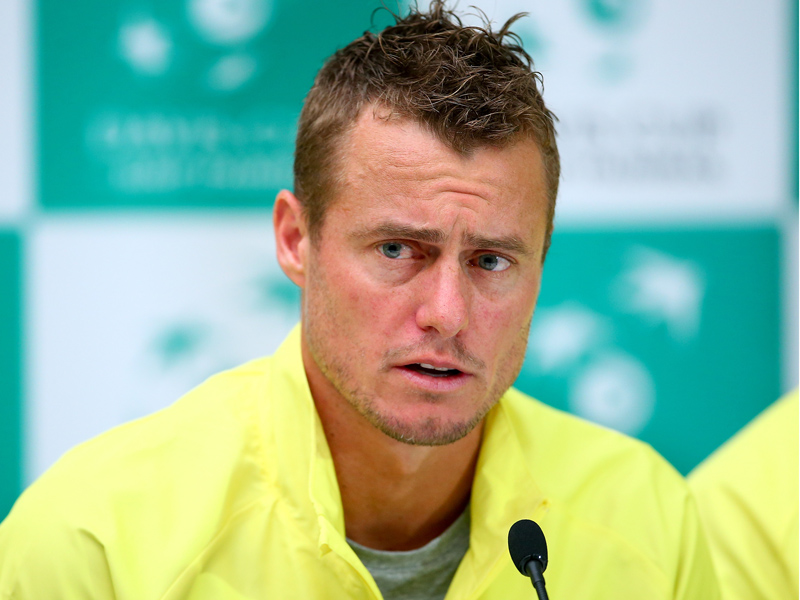 Masur indicated after Australia’s semi-final loss to Great Britain last month that he would not re-apply for the role after being appointed interim captain in February when Pat Rafter stood down.

Hewitt, who will retire after the Australian Open in January, was all but promised the top job by Rafter, now Tennis Australia’s director of player performance, “whenever he’s ready” and Masur won’t stand in his way.

Nor will anyone else, according to Cash, a two-time Davis Cup winner with Masur and former captain John Fitzgerald in 1983 and 1986.

Applications officially close on Sunday, but Cash has no doubts Hewitt be appointed and “he’ll be a great captain”.

“I don’t know if anybody will apply other than Lleyton because it’s just been handed to him really,” Cash told AAP.

“They’re trying to open it but it’s almost a pointless process and probably more for legal reasons than anything else.

“But I know Lleyton is very keen to do the job and he’ll be a great captain of course.

“He’s vastly experienced, he knows the players, the opponents as well, having been close to the tour, and he gets on well with everybody.

“Obviously there was a time when he and Bernie (Tomic) didn’t get on well, but that’s history and he’s very passionate and he knows his stuff.”

Cash said it was “win-win” for Australia had Masur re-applied.

“I think Wally’s done a great job,” he said.

“But to have Lleyton still involved in Australian tennis and being interested when a lot of players, legends of the game – the Agassi’s, Sampras’ or whoever – they used to just walk away and say I’ve had enough, which is fair enough as well.

“But for Lleyton to stay in Australian tennis is great because we do have a very good bunch of young players and some that need mentoring, need an experienced person to talk to.

“So I think every captain tends to bring something new in so it will be interesting to see what Lleyton brings in.”

Cash believes being based in the Bahamas will make it easier for Hewitt to travel more than Rafter and Masur, who openly admitted his commentary job with Fox Sports impacted on his decision.

Despite being a hero for Australia in two famous finals wins over Sweden, Cash said he’d never really been interested in chasing the Davis Cup captaincy.

“Development of players is something I’m really passionate about,” he said.

“I don’t necessarily need to be sitting out there on the chair, but I’d love to be involved somehow.

“The one time I did consider doing it was when the two best mates in my life – Fitzy and Wally – were captain and coach.  The timing was never right.”

Pat Cash: Hewitt will be a top Davis Cup captain