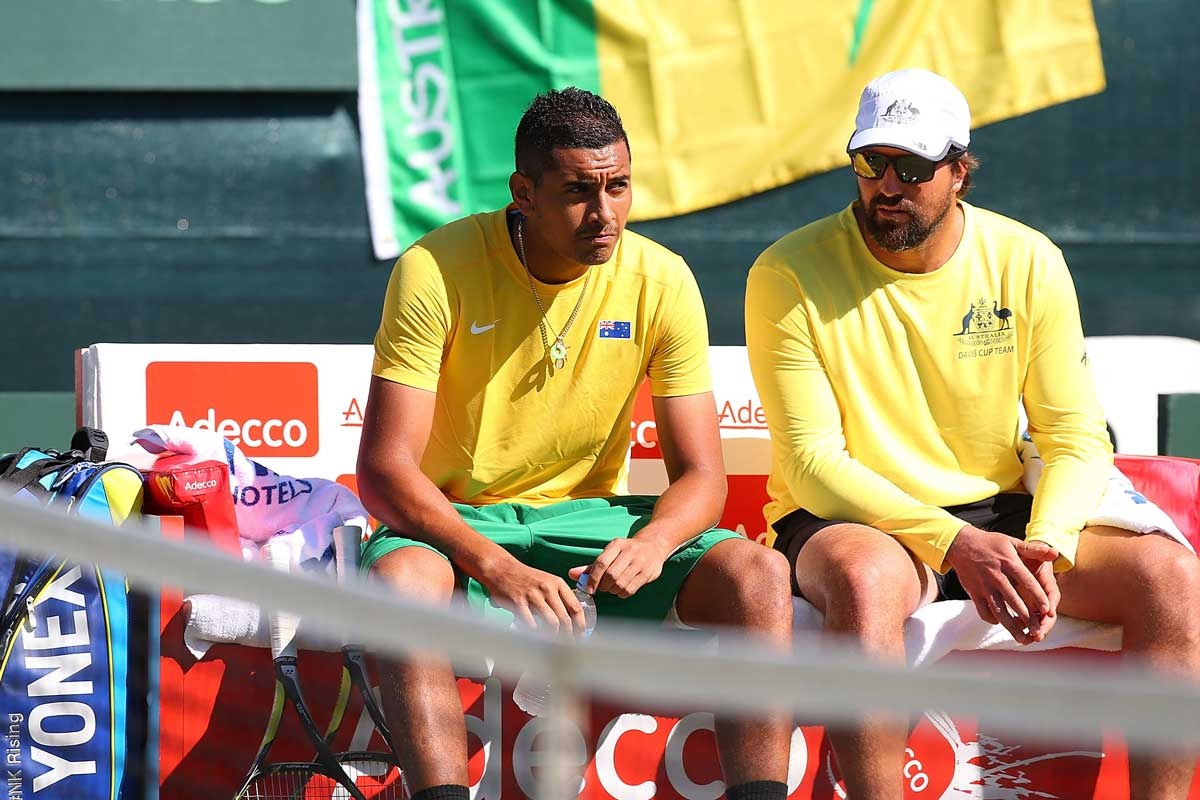 Nick Kyrgios has come out in defence of Bernard Tomic, returning serve against Pat Rafter, accusing him of being negative after the Tennis Australia performance director had responded to Tomic’s spray following his third-round Wimbledon exit.

Kyrgios took to Twitter to voice his disappointment over Rafter’s comments on Sunday in News Corp Australia newspapers.

• ‘Send them back where they came from’: Fraser
• Kyrgios denies tanking in explosive press conference

“Another negative comment out of Rafters mouth,” Kyrgios tweeted. “Does this guy ever stop? #everyoneisaworkinprogress.”

In the News Corp report, Rafter said the rift with Tomic remained deep and possibly irreconcilable after his dumping from Australia’s Davis Cup team over his Wimbledon post-match outburst.

“It’s about opportunity, not entitlement,” Rafter said. “It’s a principle I believe in and feel really passionate about.

“The philosophy has always been in place within Tennis Australia, but when I came in there, I made it quite clear and quite strong.

“My big philosophy is trying to take away that sense of entitlement and make young players hungry (to succeed). I hope that, in time, the Tomics (Bernard and father John) would see what we’re trying to achieve in terms of helping the culture within our sport.”