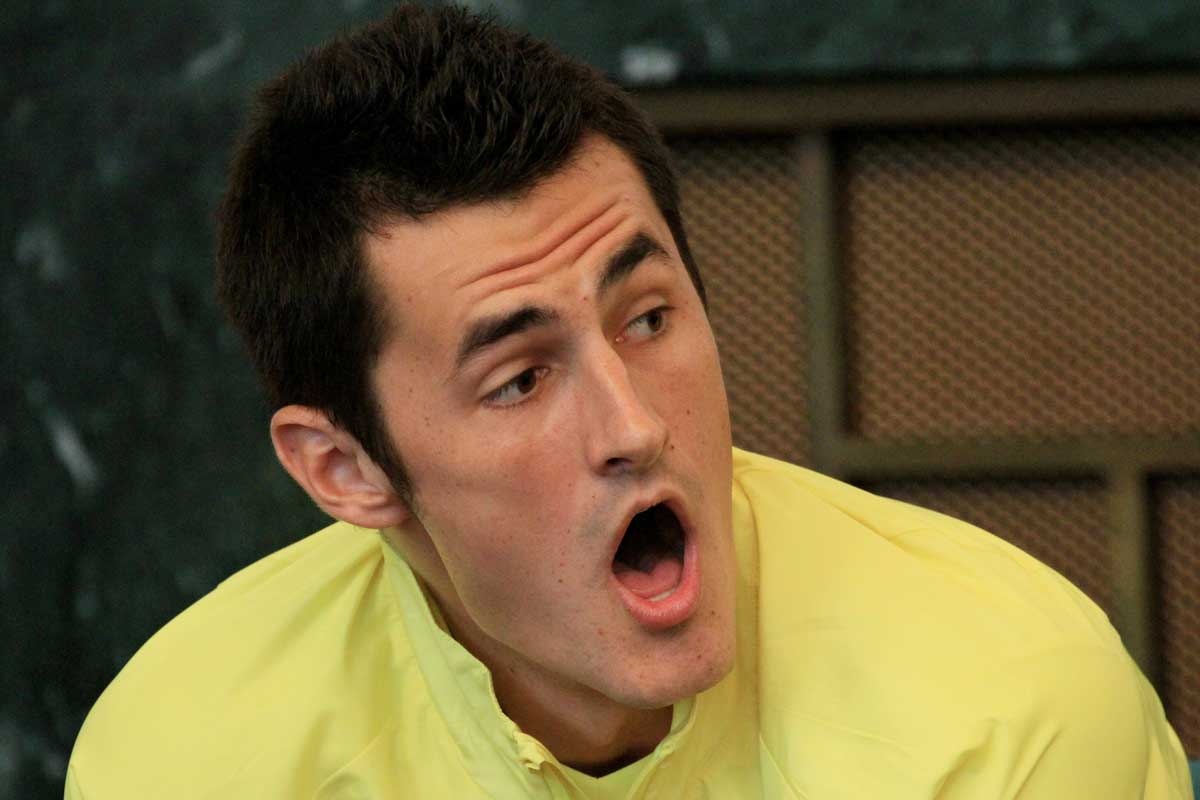 Tennis Australia (TA) appears to have decided that Bernard Tomic is more trouble than he’s worth.

The sport’s governing body in Australia has suspended Tomic for the Davis Cup tie against Kazakhstan in Darwin later this month.

Tomic had said he would play, despite his father John being embroiled in a dispute with TA over payments.

• Federer crushes the dream of big-hitting Groth
• Watch this trick shot from Roger Federer
• Stan strips: Wawrinka in the buff for ESPN

After his loss to Novak Djokovic at Wimbledon, Tomic launched into a rant, raging against perceived injustices and calling for an investigation into those who run TA.

“Personally inside it’s been very difficult for me the last year or so in the Tennis Australia group,” Tomic said.

“Pat is a nice guy. If the Australian public don’t know Pat, he’s a good actor, he’s well‑spoken, always prepared and knows what to say.

“He’s prepped by Tennis Australia to know what to say.

“He’s always ready to fire back questions that we answer to.

“You know, behind that I think (I’m) very disappointed in Craig Tiley (Tennis Australia chief).

“He’s the reason the last few years, it’s been up and down for me.

“There has been no respect I think towards me.”

Tomic’s gripe seemed to stem from the fact that he had to pay for his own practice court and balls when training in Queensland earlier this year.

“I went to Royal Pines, which is an undercover court to practice. Got a call from Tennis Australia, ‘you have to pay for your own courts’.”

The Royal Pines website lists undercover court hire costs during the day as $23, with a tube of three balls at $11.95.

“Now, I thought it was funny. I paid the court, no problem,” Tomic said.

“So rains started again. Maybe I go up to Pat Rafter Arena and practice there.

“Guy coming to me, ‘you have to pay the court and balls’.

“Do you think that’s fair?”

Tomic did, however, say he would play in the Davis Cup – out of respect for retiring great Lleyton Hewitt.

TA, however, took the decision out of his hands.

“Playing for our country is an absolute privilege, and with that privilege comes an obligation to behave appropriately. He didn’t,” TA president Steve Healy said.

“We are trying to build a strong culture underpinned by a philosophy of opportunity, not entitlement. This behaviour is just not on.

“Hopefully he will learn from this. Our entire tennis community is committed to working hard to help all our players, including Bernard, be the best tennis players, and the best people, they can be.”

Tiley said Tomic would have to atone for his outburst before he being considered for Davis Cup selection again.

“It will really be up to Bernard,” he said.

“If he chooses one path that is destructive, that’ll be unfortunate and it’s not going to benefit him.

“If he chooses another path of taking it on the chin and can accept what he’s done is in error and not acceptable, we can move on.”

Pay to hire a court? You must be joking…