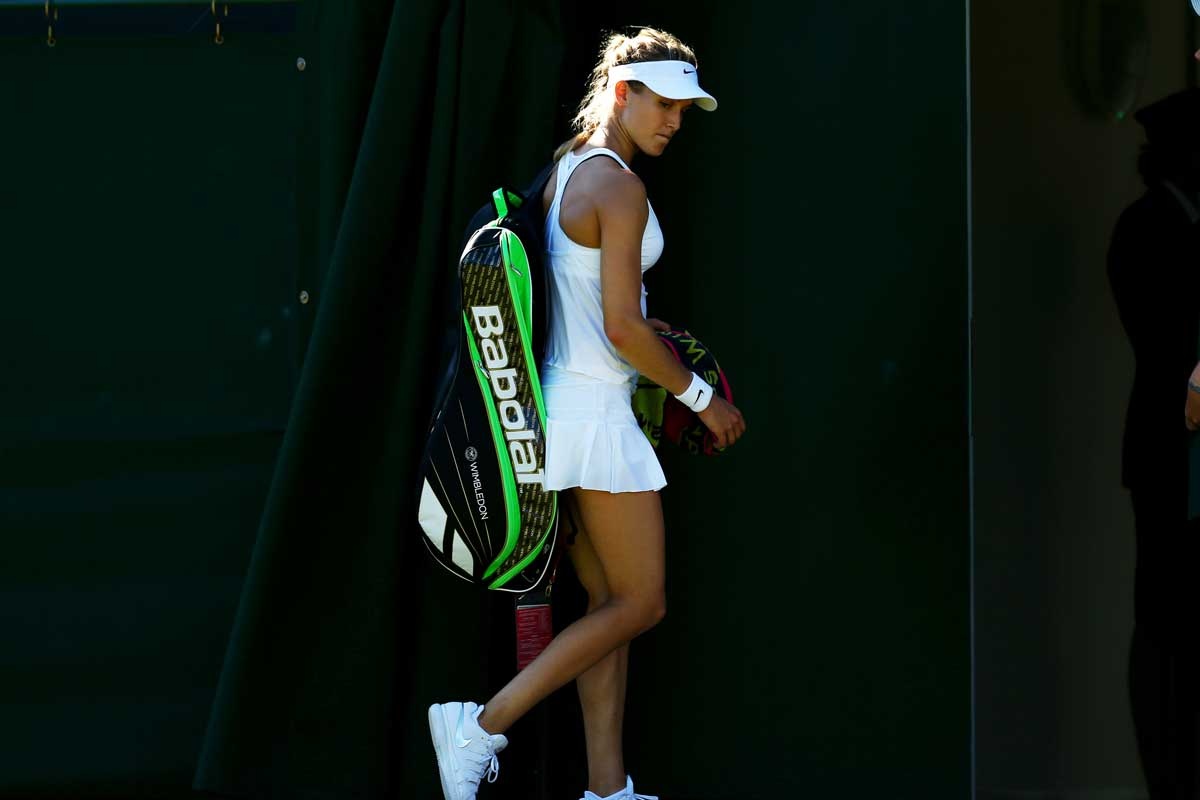 As if Eugenie Bouchard’s Wimbledon wasn’t bad enough, the Canadian world No.12 has been pulled up for wearing a black bra on the hallowed turf.

Bouchard, who marched to her first grand slam final at last year’s Wimbledon, was a shock casualty on Tuesday, bowing out in the first round against Chinese qualifier Duan Ying-ying.

But her day got worse when she was questioned about her attire by the tournament referee, after an offending strap was spotted by chair umpire Louise Engzell.

“Competitors must be dressed in suitable tennis attire that is almost entirely white and this applies from the point at which the player enters the court surround,” the rules of the All-England Club state.

Bouchard said she had no idea she was close to a code violation for her fashion faux pas.

“I was not aware of that at all. And no one told me anything about my bra,” she said.

It capped of a wretched run for Bouchard, who was touted as the next big thing in women’s tennis last year.