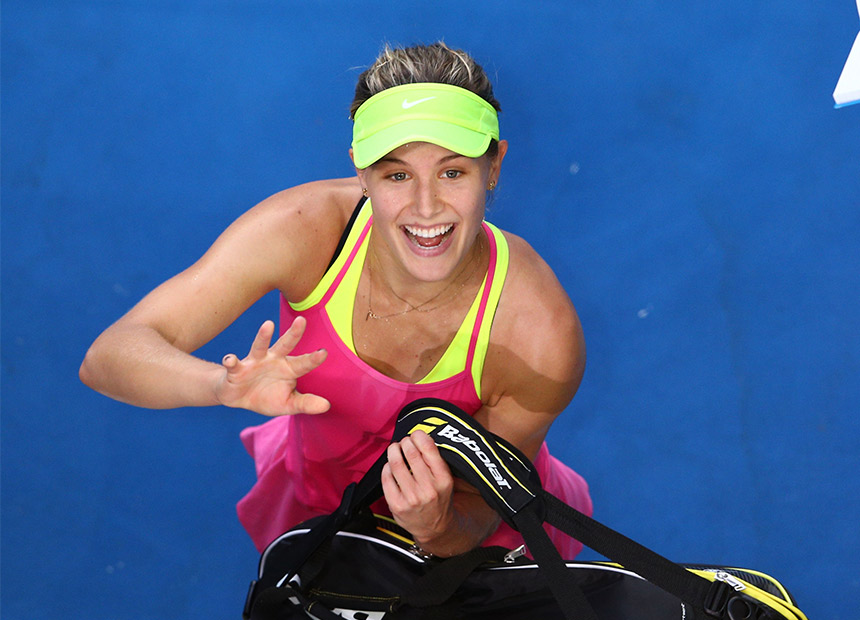 Being asked to perform a brief dance to show off her outfit during an on-court interview by a male TV interviewer was “unexpected”, Canada’s Eugenie Bouchard has admitted.

The night after the fashion-forward Serena Williams was coaxed into performing the same manoeuvre by the same interviewer, Bouchard was asked to “twirl” for the crowd and television viewers after winning her second round match at the Australian Open.

Veteran Australian journalist and broadcaster Ian Cohen, who does the post-game chats on Margaret Court Arena, made the unusual request: “Can you give us a twirl and tell us about your outfit?”

“A twirl?” Bouchard said, before timidly spinning for the announcer, giggling and putting her hands over her face.

When asked about the incident later by Canada’s CBC Sport, Bouchard admitted the request had made her uncomfortable.

The proposition has drawn ire on social media for its sexism and hypocrisy.

If we’re asking female tennis players to twirl after matches, I wouldn’t mind seeing Roger Federer twirl in the name of equality #Sun7

The 20-year-old Canadian tweeted her appreciation of Williams’ outfit on Tuesday which prompted Cohen’s original request to the world no 1.

But after Bouchard’s slightly embarrassed compliance with the interviewer’s request, the difference in questioning to male and female stars has been criticised.

The New Daily is unaware of any male players being asked to twirl by the host broadcaster.

Backlash after Bouchard asked to ‘twirl’