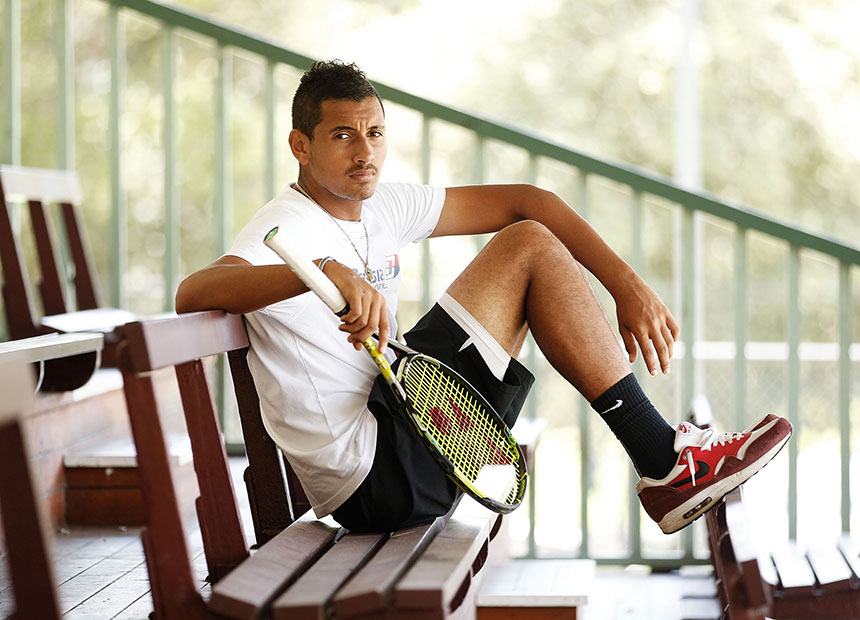 Nick Kyrgios says he is ready to carry the hopes of a nation as he looks to kick on from his spectacular 2014 season with a hot start to the Australian summer of tennis.

Injury-free for the first time since charging into the Wimbledon quarter-finals in July, Kyrgios will launch his 2015 campaign at the Hopman Cup in Perth from January 4.

The 19-year-old Newcombe Medallist will then contest the Sydney International before joining the world’s best at the Australian Open in Melbourne from January 19.

The charismatic youngster knows it is impossible to escape the spotlight after this year’s heroics, so he is running with it.

“I’ve sort of come to the conclusion that I can’t avoid it now, so I just have to embrace it,” Kyrgios said.

“You can block it out as much as you can, but it’s hard with all the social media as well.

“So it just comes with the territory and there’s a lot of players now, up and comers, so it’s good that I can share that pressure as well.”

Struggling with a left-arm injury, as well as a sore right elbow, Kyrgios called a premature end to his first full season in the professional ranks in October before teaming with Lleyton Hewitt in the inaugural non-sanctioned Indian Premier Tennis League.

As well as “learning a lot” from the likes of Hewitt and grand slam veteran Tomas Berdych during the ITPL, the explosive teenager said he played pain-free for the first time in months.

“I was always battling some sort of injury throughout the year. I always had a bit of a niggle.

“But I think that’s normal transitioning into the senior game.

“But I feel a lot stronger than I was a year ago and that’s given me a lot more confidence in my game.

“Making a run at Wimbledon has also given me confidence with my body and how it pulls up. I know I can go the distance now.”