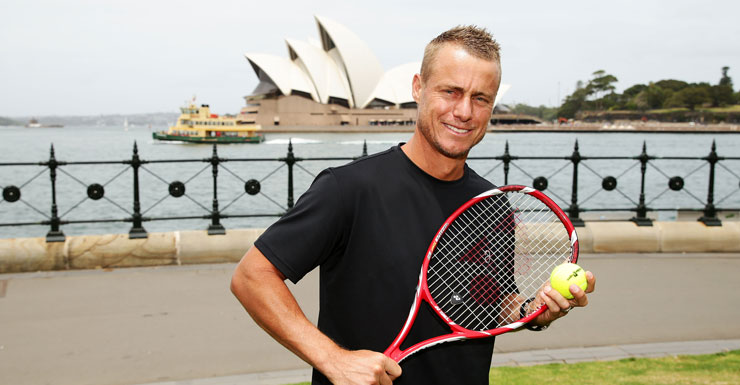 Lleyton Hewitt has dismissed suggestions his four-city summer schedule is a farewell tour in disguise.

The former world No.1 has committed to playing exhibitions in Sydney and Adelaide as well as the Brisbane tournament before the Australian Open in Melbourne, but he insists the exhibitions are more about preserving his body than saying goodbye.

On Tuesday, Hewitt announced the Sydney exhibition match would be against Roger Federer and bluntly rejected the annual retirement talk.

“They’ve said that the last six or seven years now,” he said.

The 33-year-old said the bigger incentive was getting match experience ahead of the Australian Open without committing to too many long-haul tournaments that could take a toll on his body.

“I’ve got the opportunity to play Federer in Sydney and then Tomas Berdych in Adelaide,” he said.

“For me, it’s perfect preparation.”

However, he admitted next year’s tournament schedule would be lighter.

“I’m focusing on this not being my last Australian Open,” he said.

The upcoming “hit up with Rog” would be a mix of fun and serious competition, designed to bring the game to NSW fans, Hewitt said.

The new format includes four rule variations: no advantage scoring, no service lets, tiebreakers at three games all and sets of first-to-four games.

As a player renowned for his endurance in epic five-set matches, Hewitt conceded the dynamic of the “T20 of tennis” format could take some of the drama out of his on-court battles.

“(But) sometimes you get off to a good start and you wish they were quicker matches,” he said.

“And then they turn into dogfights.”

While imminent retirement is not on the cards, the dual grand slam champion said it was a possibility he’d take over from Pat Rafter as head of Australia’s Davis Cup team.

This summer won’t be my last: Hewitt