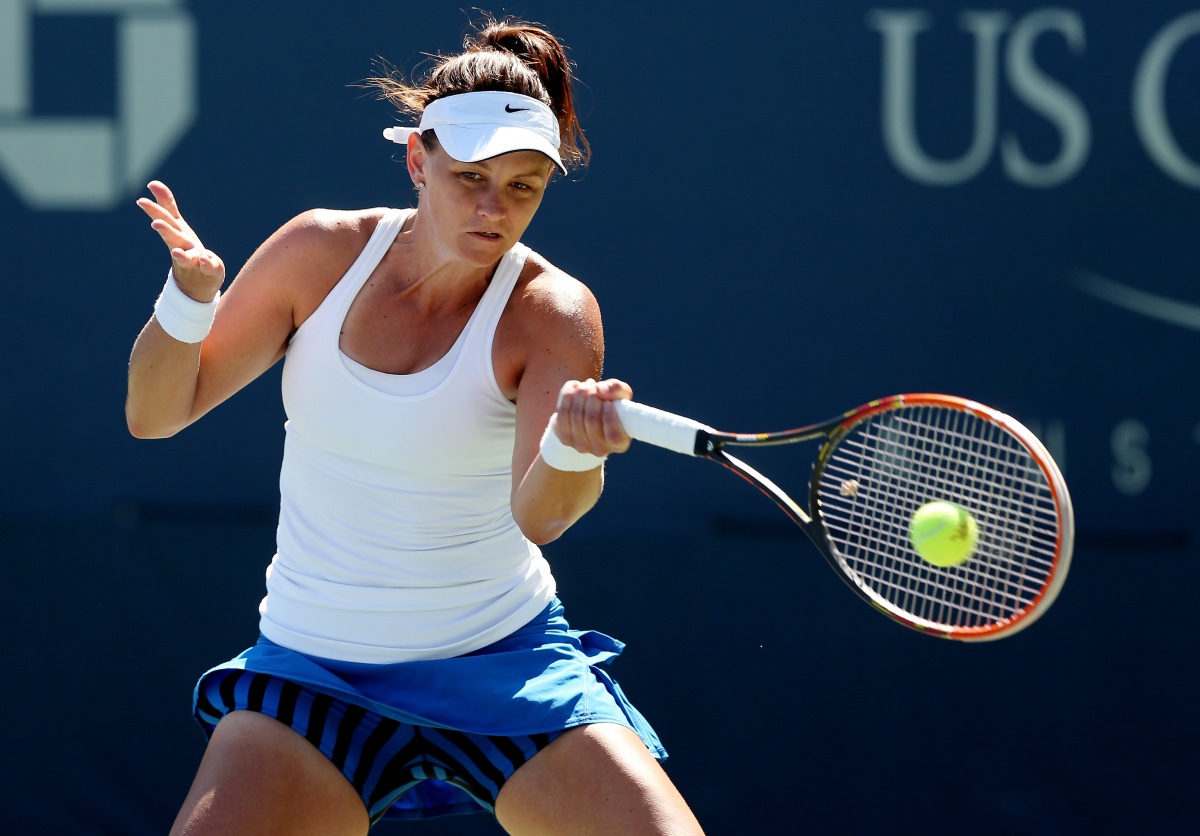 Casey Dellacqua has lived up to her newfound seeded status to reach the third round of the US Open for the first time.

Dellacqua overcome a one-set deficit, some dubious umpiring and 40 unforced errors to defeat Chinese qualifier Qiang Wang 4-6 6-4 6-2 in a major breakthrough for the 29-year-old.

With her expected third-round opponent, Serbia eighth seed Ana Ivanovic, faltering, Dellacqua’s plucky win presents the West Australian with a big opportunity to make the last 16 at a major for the first time outside of Australia.

The free-swinging left-hander will play unseeded Karolina Pliskova on Saturday after the Czech upset Ivanovic 7-5 6-4 in their second-round contest earlier on Thursday.

Seeded 29th after soaring 152 places up the world rankings in the past 12 months, Dellacqua had been favoured to make light work of Wang.

But she did anything but, losing the first set and struggling to make inroads on the world No.139’s serve until deep in the second set.

Dellacqua stood two games away from crashing out of the tournament until, out of nowhere, broke Wang from 30-0 down to snatch the second set.

Dellacqua did well to recover from being on the wrong end of two controversial line calls in the decider.

With Wang serving at 1-2 and 15-40 down, Dellacqua appeared to have clinched a vital break only for the chair umpire to call a backhand from the Chinese in that looked well out.

With no Hawk-Eye available on Court 13, Dellacqua had to suck up her misfortune.

But she was left livid two points later after having what looked to be a clean winner of her own called out.

Dellacqua dumped her next service return into the net to lose the game and smashed her racquet into the back fence in frustration.

But after losing the opening point of her next service game, Dellacqua regrouped to win the longest rally of the match.

The steadying 27-shot rally proved a turning point, with Dellacqua holding from love-15 down and then breaking Wang to grab a decisive 4-2 advantage.

She broke Wang for a second time in the set to wrap up the match with a booming off-forehand winner to advance after one hour and 59 minutes.

Dellacqua said it was probably no coincidence she didn’t drop another game after the two umpiring decisions went against her.

“My eyes are not the best, so I never like to complain about line calls,” she said.

“Sometimes, when you are used to playing with Hawk-Eye, it gets frustrating when you play on the outside courts to deal with that.

“But it is the same with both players and I guess I was glad to be able to put that behind me and not let that affect me.

“I was pretty focused to get myself into that match as quickly as I could. It probably made me switch on a bit.

“It made me get a bit fired up, get a bit of energy going, get the feet going. It felt good.”

Dellacqua moves into US Open third round