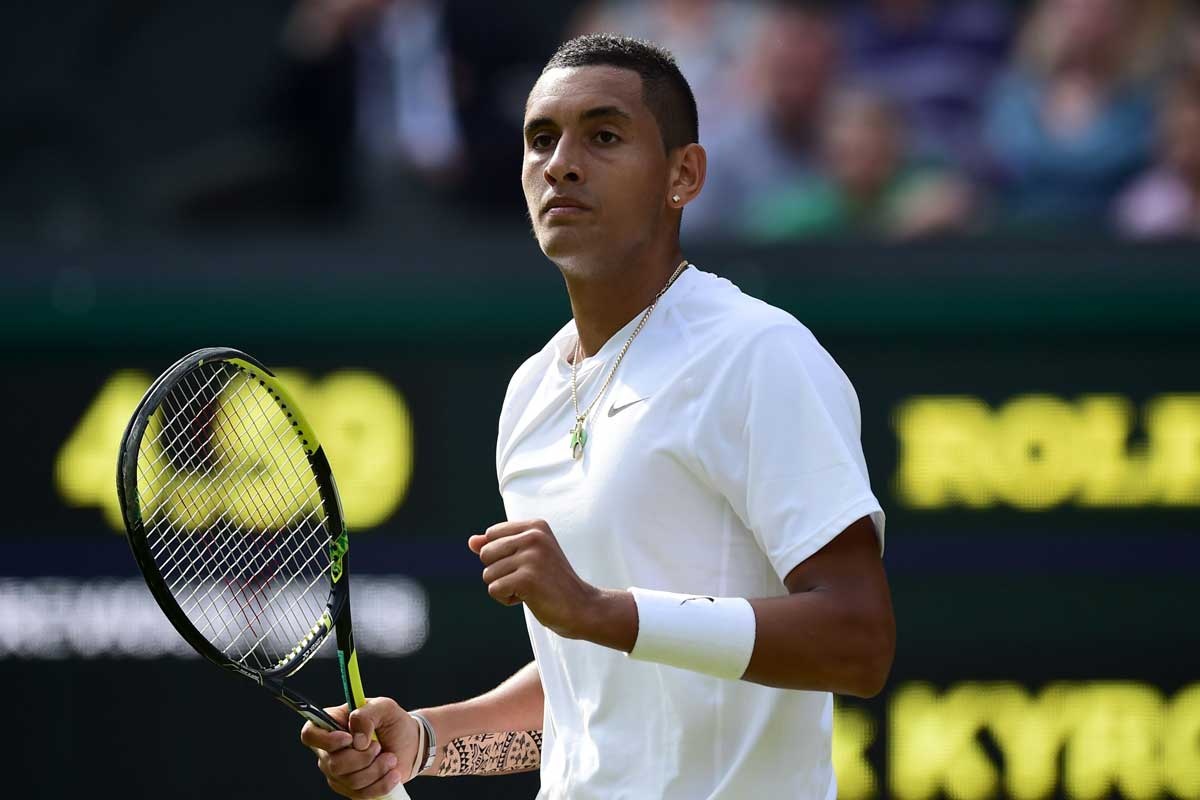 John McEnroe called it “beyond belief”, Tim Henman declared it “shot of the year” while Nick Kyrgios’ mum said it was “a bit cheeky”.

Every person in Wimbledon’s Centre Court applauded in awe.

Australian teenager Kyrgios’ audacious, between-the-legs winner in his historic fourth-round win over Rafael Nadal has gone viral on social media and is the talk of the tennis world.

With scores locked at 3-3 in the second set, 19-year-old Kyrgios played a shot most in his position would never dare try, let alone pull off.

A powerful Nadal backhand was struck straight at the Australian, who duly opened his legs and clipped an outrageous effort just over the net for a winner.

Kyrgios had tried a few other other “tweeners” in his previous matches at the All England Club this week.

This one, at a moment of tension against the world No.1, stuck.

Kyrgios raised his arms and circled for the crowd, as if to say “you’re welcome”.

Nadal, in no mood to admire, turned his back almost immediately.

The shot has drawn comparisons with Roger Federer’s famous “tweener” at the 2009 US Open (see video below), considered by some as the greatest shot of all time.

In the context of the match, Kyrgios’ winner meant little.

He was 40-0 down at the time and went on to lose the game and the set.

However it was a perfect illustration of the fearless attitude that helped him pull off one of the biggest upsets in grand slam history.

It was one of a stack of spectacular winners for Kyrgios, who says his aggressive shot-making is more than a case of youthful exuberance.

This tweener from Nadal against Novak Djokovic in Madrid three years ago was exceptional.

But perhaps the greatest shot seen in recent years wasn’t a between-the-legs effort, but rather this behind-the-back special from Bulgarian Grigor Dimitrov.

And let’s not forget this ‘double diving’ effort from Boris Becker, when serving for the 1986 Wimbledon title against Ivan Lendl.