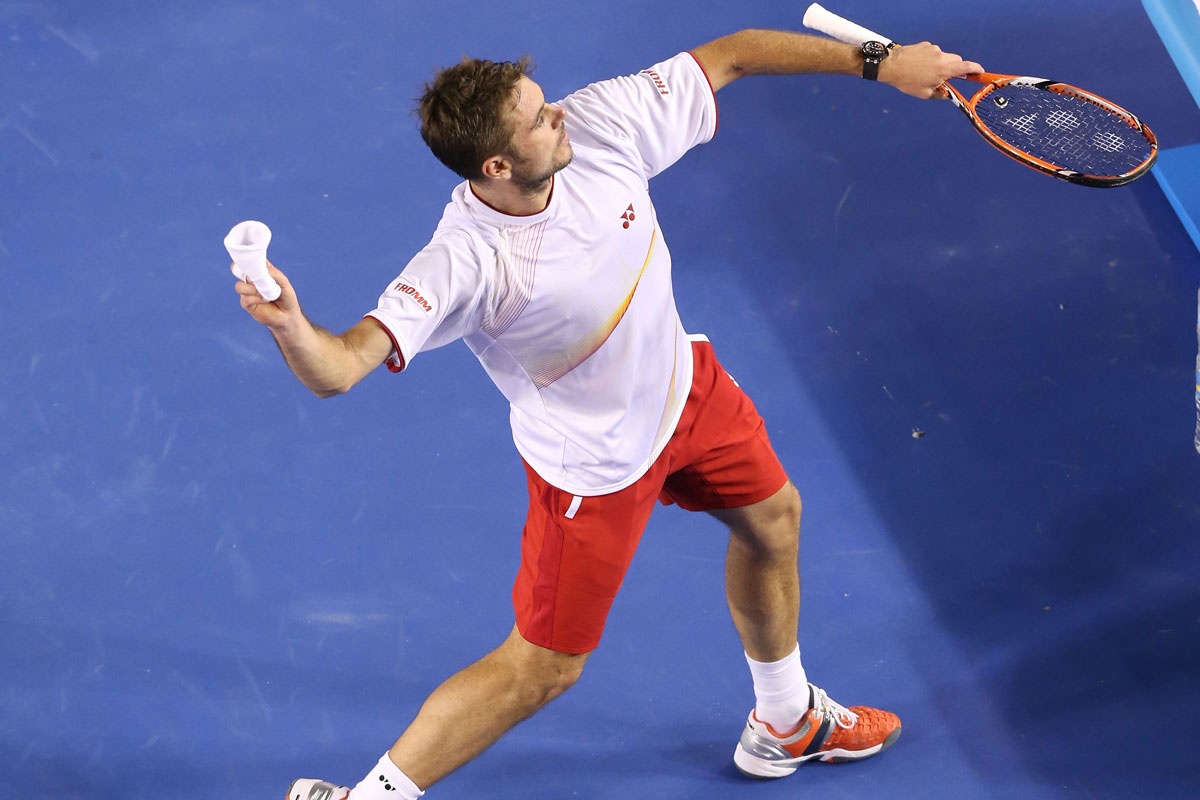 • Nadal: Last thing I wanted to do was retire
• ‘I want more’, declares champion Li Na

As he held the Norman Brookes Challenge Cup aloft, Stan Wawrinka was seemingly in a daze. It had been one of those nights. It certainly wasn’t supposed to end like this. For Wawrinka, for his hobbled opponent and for everyone who watched, this Grand Slam final would obviously take a while to sink in.

Heading into the final, few people gave Wawrinka much hope. His record against Nadal couldn’t have read worse. In twelve meetings, the Swiss has never won a set. Of course, he had a similarly wretched record against Djokovic and we all know what happened there.

Presumably, he had watched Nadal’s public mauling of his compatriot on Friday night. In the press conference following the match, Nadal reverted to type. Subdued, humble and boyish, he muddled his sentences and heaped praise on his opponent.

And he talked about solutions. It seems to be his favourite English word. Learning to attack the net was a solution to overcoming Federer’s dominance at Wimbledon. Nullifying the Swiss’ backhand with violent, heavy, looping topspin was a solution to usurping him as the best player in the world. Developing an offensive forehand down the line was a solution to ending Djokovic’s run of wins in 2011 and 2012. A tennis player who is constantly tinkering and scheming, he no doubt had a plan for Stan. But did he have a solution for Wawrinka’s one-handed backhand, the best of its kind in the world?

Incredibly, he was booed as he hobbled back to centre court. The best athlete in world tennis was incapacitated, barely able to summon the strength to serve the ball over the net.

As always, Nadal ran on to the court like an AFL footballer on the last Saturday in September. But all was not well. His second service game featured a double fault, a clumsy attempted drop shot and a succession of Wawrinka’s backhands whizzing past him.

So used to standing over his opponent and immediately imposing his will on a contest, he was suddenly down a break and on the back foot. Wawrinka was storming the net, pouncing on Nadal’s second serve and keeping the points as brief as possible. He saved three break points to serve out the first set, 6-3.

After 25 dropped sets, he finally had one when it mattered most. Nadal punched his racket. It was solution time. Wawrinka’s own strategy was to up the ante. In Nadal’s opening service game of the second set, Wawrinka followed up two unplayable forehands with a rare two-handed backhand winner.

But all the focus was on the other guy. Nadal appeared to be suffering spasms in his lower back and scurried off to seek medical help. Incredibly, he was booed as he hobbled back to centre court. The best athlete in world tennis was incapacitated, barely able to summon the strength to serve the ball over the net. Bathed in sweat, he sat with his head in his hands. In almost complete silence, Wawrinka served out the second set and everyone waited for the forfeit.

Everyone waited for the forfeit. But the handshake never came. After all, this is Rafael Nadal.

But the handshake never came. After all, this is Rafael Nadal. Though a shell of his normal self, he was somehow hitting winners.

Wawrinka, conversely, seemed to have lost the plot. The swashbuckling player of the first set and indeed the entire fortnight was suddenly tentative and confused. He was shanking regulation forehands and arguing with his coach. His opponent was offering dinky serves and wincing after nearly every point. But he was also a break up. The ‘fearhand’ was as menacing as ever. Against all odds, he would serve out one of the most bizarre sets of tennis ever played in Australia.

For Rafa, the drugs seemed to be kicking in. The tortured rituals that he had abandoned were back. The crowd that had turned on him was now rooting for him. He was retrieving balls that he would have given up on half an hour before. He was broken and promptly broke back.

But Nadal’s newfound energy seemed to snap Wawrinka out of his funk. 4-3 up on Nadal’s serve, he caressed a forehand winner down the line. He was a game away from the championship.

In future years, however, the night will probably be remembered for the incredible feats of the vanquished.

Serving it out to love, the overwhelming impression was one of relief. Seemingly on the verge of a meltdown, he had held his nerve, rediscovered his backhand and proved a worthy winner. In future years, however, the night probably will be remembered for the incredible feats of the vanquished.