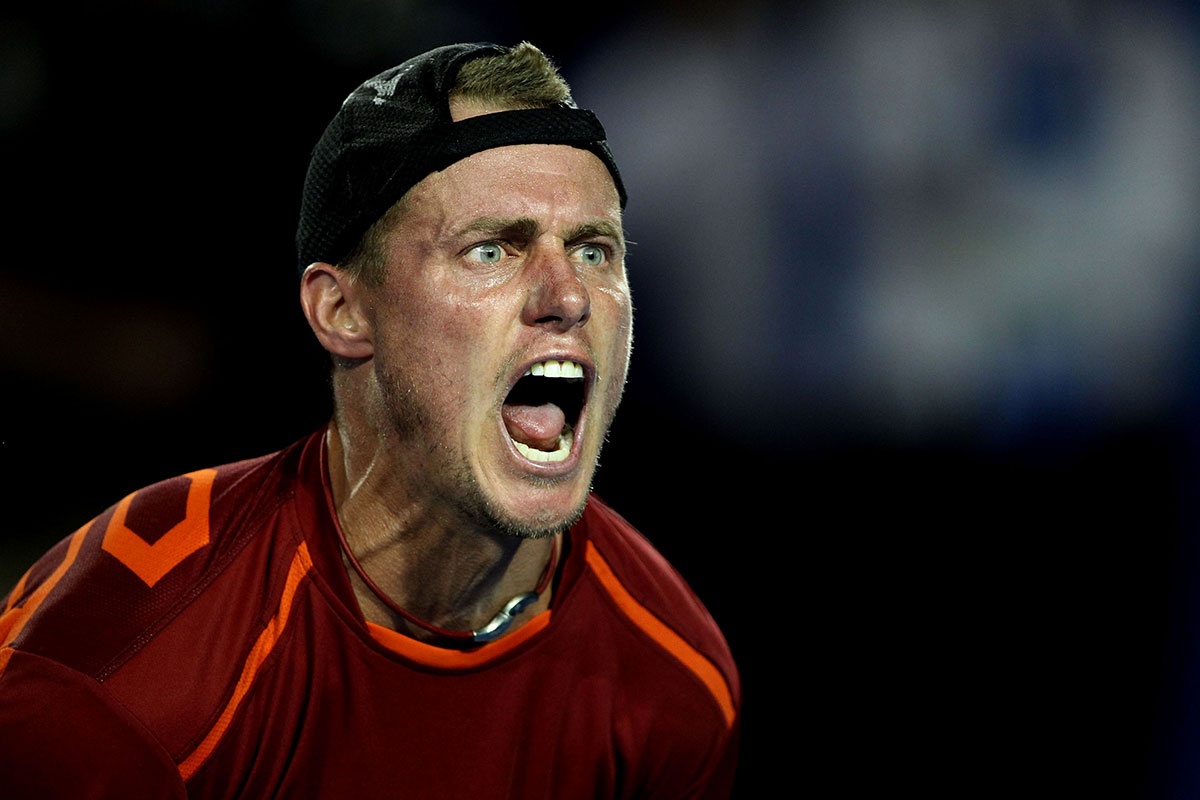 Screaming to a halt ... Lleyton Hewitt's Shanghai Masters charge is over.

Lleyton Hewitt has lost his first-round match at the Shanghai Masters, going down to Italian Andreas Seppi in straight sets as organisers scrambled to keep the storm-hit tournament on track.

The Australian wildcard grabbed an early break to lead 3-0 but was then totally outplayed by the world No.22 to lose 6-4 6-2 in just 81 minutes on Tuesday.

Hewitt had beaten the 29-year-old in their two previous meetings but Seppi relied on a dominant first serve and only needed to convert four of his 10 break-point opportunities to seal the emphatic victory.

“He played a lot better,” said Hewitt, who suffered a heavy defeat to another Italian, Fabio Fognini, in the second round of the China Open last week in Beijing.

“He hardly missed a ball after the first three games. I had chances to go up four-love.

From then on, he played really well. He served better than I’ve seen him serve before.”I served in patches. Probably when I was down break points… I didn’t get enough first serves in.

“He’s such a tough player to play when the ball is on his terms.”

Persistent rain – the lingering effects of Typhoon Fitow – forced matches onto indoor courts at the Qizhong Tennis Centre, with tournament chiefs attempting to make up for lost match time the previous day.

Seppi will next face Roger Federer, who along with the top-eight seeds, enjoyed a first-round bye.

Lleyton Hewitt falls in first round at Shanghai Masters