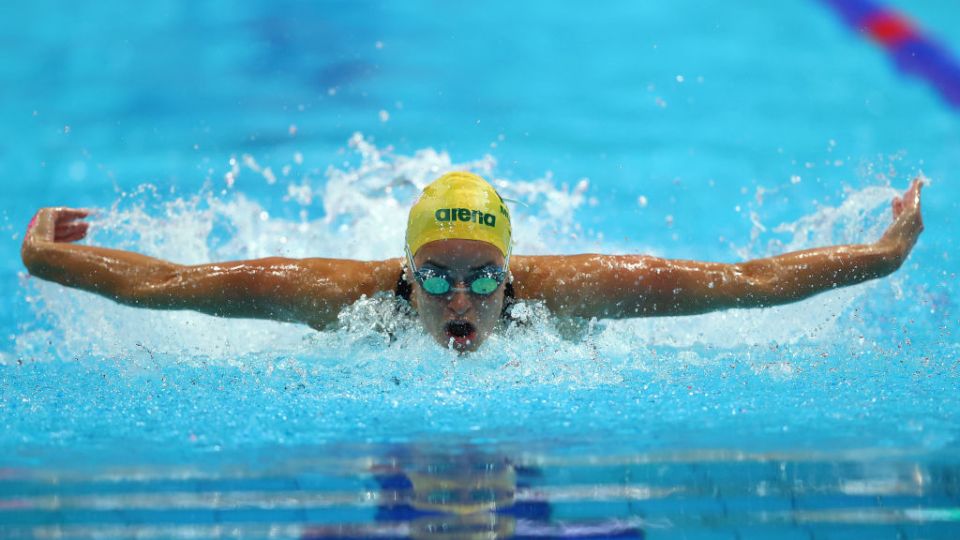 Kaylee McKeown is in for a busy week of swimming events. Photo: Getty

Kaylee McKeown has annexed Australia’s second individual medal of the world swimming championships – a 200 metre medley silver –but only after a shock decision not to compete in her best event.

The triple Olympic champion caused surprise in Budapest by ruling herself out of Sunday morning’s preliminaries of the 100 metre backstroke, the event she dominated in Tokyo and at which she holds the world record.

As the semi-finals were taking place less than 20 minutes before the medley final later in the afternoon, McKeown took the decision to throw all her efforts into proving herself a global champion allrounder.

But even though the 20-year-old had to give best to American star Alex Walsh, a dominant winner in 2 minutes 07.13 seconds, McKeown was adamant that he decision to go for the pressure-free, medley option had paid off.

“I wasn’t really expecting to come up and podium tonight, it was more just getting the international experience,” said the Queenslander, who was 1.44 sedonds adrift of Walsh, clocking 2:08.57, but ahead of US bronze medallist Leah Hayes, who set a world junior record of 2:08.91.

“Sadly, I pulled out of this event at the Olympics to focus on the backstroke and this is the perfect refresher for the next three years – just taking the pressure off – and it was really good mentally for me,” said McKeown.

“At the start of this year, I wasn’t even sure if I’d be doing Worlds or Commonwealth Games because of my shoulder injury, so I’m really proud of myself that I’ve managed to get here and gather the momentum to get on the podium in my first event.”

Yet her decision not to compete in the 100m backstroke had seemed baffling when she had appeared one of the Dolphins’ key bankers for gold.

It’s a busy week of action for McKeown, so her decision was also clearly taken with an eye to the future and ensuring she was not overly pressurised.

But it might have been frustrating for the Redcliffe swimmer to see the qualifiers for the 100m backstroke final led by American Regan Smith’s 57.65 – two-tenths of a second outside McKeown’s landmark best.

She was never really in the hunt for gold in the four-stroke event discipline after being left trailing on the opening butterfly leg by Walsh and not eating into her lead as much as she’d hoped with her powerful backstroke.

McKeown had hoped to add to Australia’s golden start on Saturday when both Elijah Winnington in the 400m freestyle and the women’s 4x100m freestyle team both triumphed.

But Winnington has given himself another chance of a medal by qualifying for the 200m freestyle final as fifth fastest (1:45.53).

Western Australian Brianna Throssell battled home sixth (56.98) in the women’s 100m butterfly as 19-year-old Torri Huske took the gold for the US in 55.64, narrowly missing the world record.

International highlight of the day was multi-Olympic champion Caeleb Dressel winning the 50m butterfly, his second gold of the weekend after being part of the victorious 4x100m freestyle squad.

Isaac Cooper and Mitch Larkin missed out on making the 100m backstroke final, finishing 12th and 13th on their semi-final times, while Jenna Strauch’s strong finish couldn’t get her into the women’s 100m breaststroke showdown.