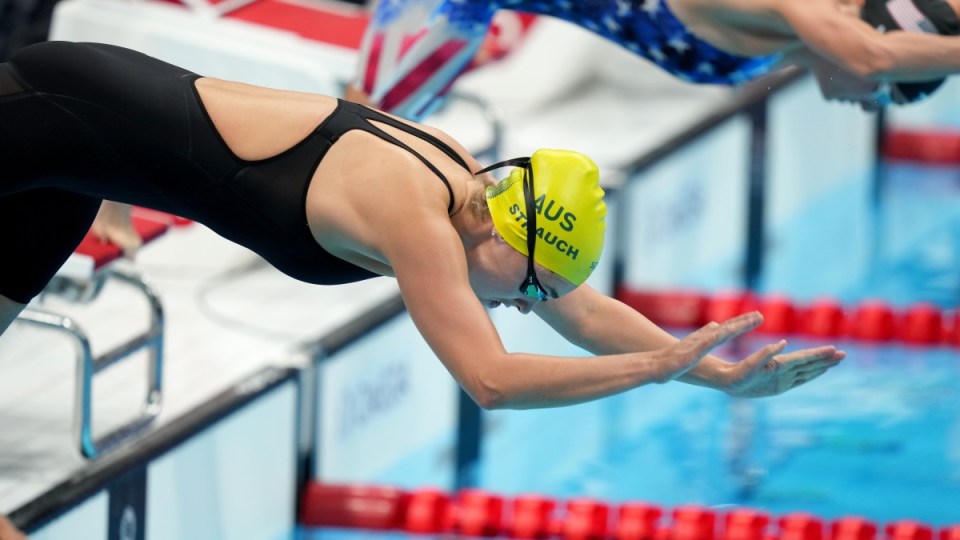 Australia will take on the United States in a Duel in the Pool competition in Sydney. Photo: AAP

World swimming superpowers Australia and the United States will square off at a Duel in the Pool competition in Sydney this August.

The nations, who collected 50 swimming medals between them at last year’s Tokyo Olympics, are revisiting a made for television concept last held in 2007.

Australia and the US will send 30 swimmers each to compete at Sydney’s Olympic aquatic centre and Bondi Beach for open-water events.

Swimming Australia (SA) says new race and relay formats will be among fresh bells and whistles at the meet as the sport seeks to broaden its audience.

The original Duel in the Pool in 2003 was held after Sydney’s successful Olympics, with the last event held in 2007.

“Reigniting the Duel in the Pool will enable us to showcase the best athletes … through a format that will bring fans closer to the action and engage the viewing audience like never before,” Buckley said in a statement on Wednesday.

The NSW government has backed the event while USA Swimming president Tim Hinchey III said the meet will help swimmers from both nations.

“The world’s best thrive when competing against one another, and our teams have established an exciting history,” he said in a statement.

“We’re proud to partner with Swimming Australia to provide our athletes with another world-class competitive meet and an incredibly unique and exciting event for the fans.”