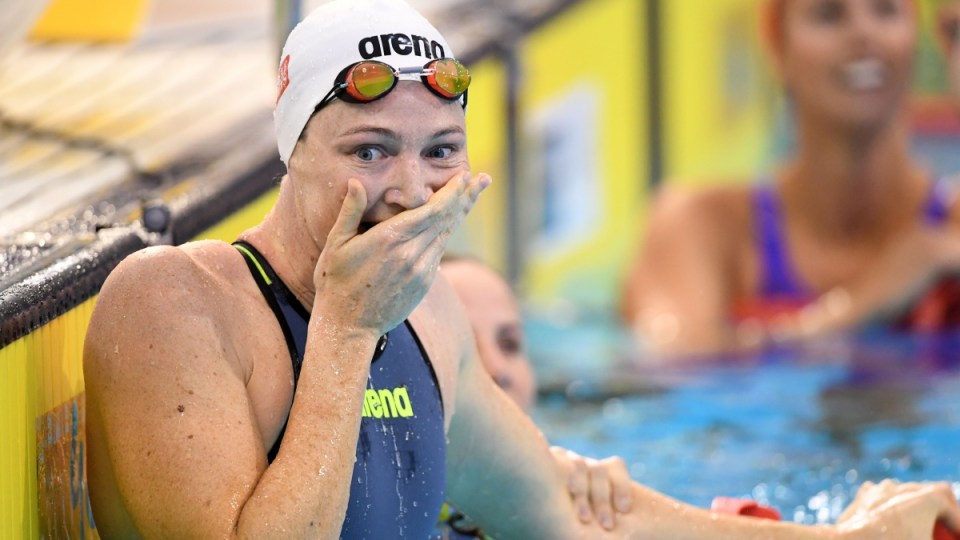 Cate Campbell will skip this year’s Commonwealth Games while pondering her swimming future amid rejigged Australian plans for the pool in Birmingham.

Campbell is taking time off ahead of deciding whether to compete at her fifth Olympic Games in Paris in 2024.

“Cate Campbell won’t be swimming (in Birmingham) but primarily we will have a very strong team, that is our plan,” Taylor told AAP on Wednesday.

“The open conversation is ‘go away, have a think, then come back to me and tell me what I can do to provide support for you’.

“Obviously I don’t anyone to finish swimming if they have got the motivation and desire — it’s always that encouragement to really spend time before they do that (finish).

“Cate and I have had a number of chats … so I am very aware of her strategies.”

Taylor hatched plans for the year excluding the world championships slated for May in Japan well ahead of Wednesday’s official postponement of the meet by the sport’s governing body FINA.

“We pretty much knew that was coming,” Taylor said of FINA postponing the world titles until July next year.

“As soon as we got wind … we just immediately went to work in preparation for what that impact will be for us.”

An Adelaide meet in April was to have a selection meet for the worlds but now event winners will gain automatic selection for the Commonwealth Games.

Two further meets on the weekend of June 18-19 – one in Sydney and another in Monaco – will double as selection meets for Birmingham.

“The reason for doing is that we have some people coming back from injury, coming back on late prep from the Olympics,” Taylor said.

“We wanted to give ourselves the best chance to have our best athletes available for Comm Games – if we made them trial in April, we would probably not have a few of our big hitters who want to go to Comm Games.”

“We remove worlds now and we follow the same process.

“It’s disappointing that worlds are not there but at the same time, we are just progressing ahead with that strategy that we had already put in place.”