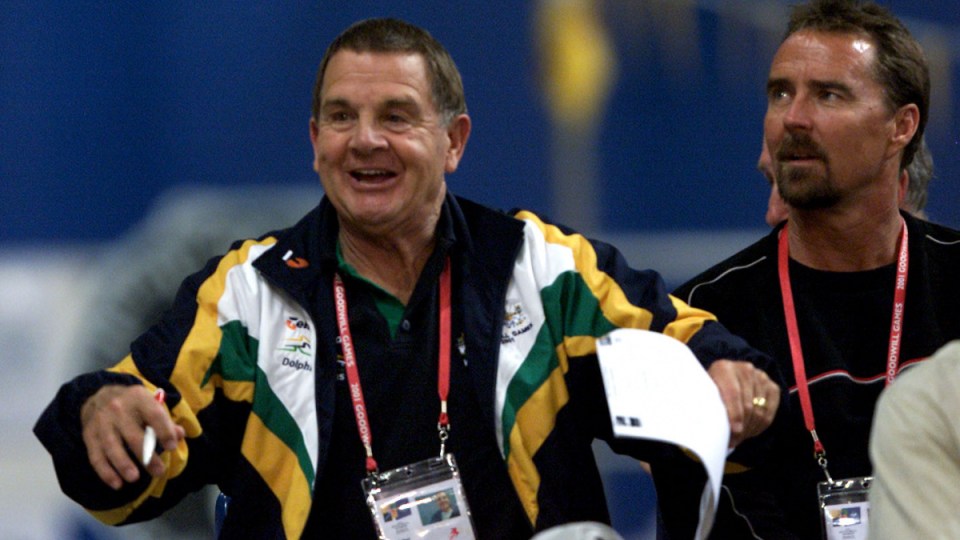 Don Talbot is being remembered as a “giant in coaching” after the former Australian swimming mentor and inaugural Australian Institute of Sport director passed away on Tuesday, aged 87.

Talbot was a young teacher when he started coaching in 1956, going on to take charge of Australia’s swim team in the 1960s.

He led the team at the 1964 Olympics in Tokyo, holding the job until 1972 when he moved to take up a post in Canada.

Talbot was inducted into the International Swimming Hall of Fame in 1979.

He then enjoyed stints with both Canada and the United States and in 1980 was appointed the inaugural director of the Australian Institute of Sport.

He returned as Australian swimming’s head coach in 1989, overseeing a resurgence that culminated in 18 medals at Sydney’s 2000 Olympics and Australia topping the medal count at Japan’s 2001 world championships.

US-based Swimming World Magazine described Talbot as “a giant in coaching” while Swimming Canada sent their “thoughts to his family and friends in a tribute on Twitter.

Talbot was inducted into the Sport Australia Hall of Fame in 1990, current chairman John Bertrand on Wednesday remembering a “fiercely loyal and supportive” coach who transformed his domain.

“Don Talbot was at the helm of Australia’s golden swimming era,” he said.

“A coaching magician who returned the Australian national squad to its best results in over 30 years at the Sydney 2000 Olympics, he changed the way people thought about high performance.

“We have much to thank Don for and his legacy will remain as one of Australia’s most successful swimming coaches and a true inspiration.

“He will be missed by all, in and out of the pool around the world.”