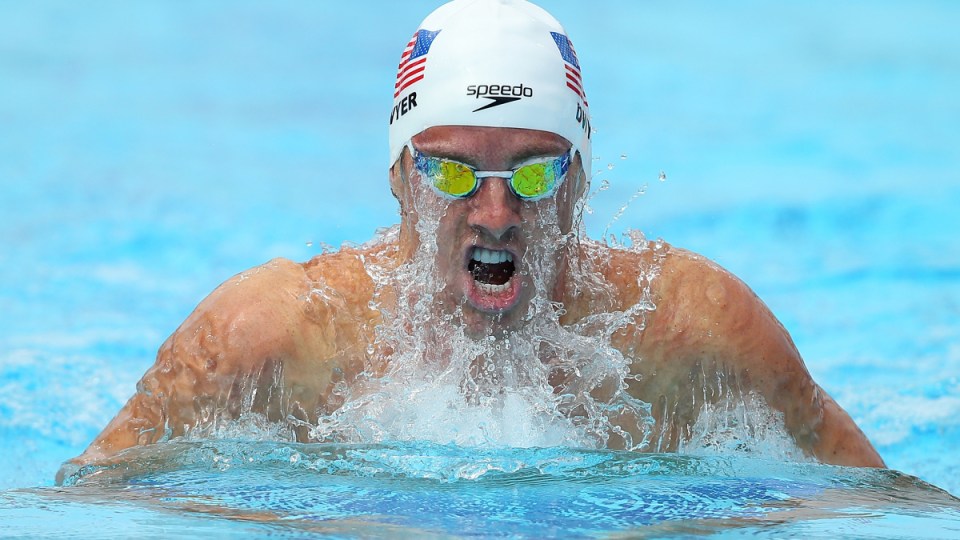 Dwyer said in a statement regardless of the artbitration decision, he was retiring from swimming. Photo: Getty

Two-time Olympic gold medallist Conor Dwyer has been suspended for 20 months after testing positive to a banned substance in violation of ASADA rules.

After the announcement of the doping ban, which will prohibit Dwyer, 30, from competing at next year’s Olympic Games in Tokyo, he announced his retirement “to pursue other professional interests”.

The arbitration panel found that he had testosterone pellets inserted into the skin tissue near his hip.

Dwyer, who won relay gold medals in 2012 and 2016 as well as an individual bronze in the 200 freestyle at the Rio games, tested positive three times between November 15 and December 20 last year.

His ban was made effective on December 21, meaning he won’t be eligible for next year’s Olympics which start on July 24 next year.

The arbitration decision says Dwyer worked with a nutritionist who suggested the pellets, and a doctor treating Dwyer claims to have contacted an official at the US Olympic and Paralympic Committee, who said the treatment was allowable.

Neither Dwyer, his doctor nor his nutritionist followed up with the US Anti-Doping Agency, which makes its rules and list of banned substances public and also has a hotline to respond to questions.

“It’s frustrating that Mr. Dwyer did not take advantage of this support, and hopefully, this case will convince others to do so in order to protect fair and healthy competition for all athletes,” USADA CEO Travis Tygart said.

Dwyer was handed a slightly reduced sentence in part because he argued that he wasn’t using the pellets for performance but rather to mitigate “health concerns which were causing him to have a high degree of stress”.

Dwyer maintained he was following a doctor-prescribed medical treatment which he did not realise contained the banned substance testosterone, and noted that the panel said in its report that he was not significantly at fault for the violation.

Not long after USADA announced a 20-month ban for a doping violation, swimmer Conor Dwyer announces his retirement in an Instagram post pic.twitter.com/r6pWlO4e8f

“My doctor assured me that the United States Olympic Committee had approved the treatment before I agreed to it,” he said in a statement.

“Absent of these assurances, I never would have agreed to this medically necessary treatment.

“Regardless of the result of the arbitration ruling, I have decided to retire from swimming to pursue other professional interests.

“It was an honour to represent my country alongside my team mates and with the support of my coaches, family, and friends.”