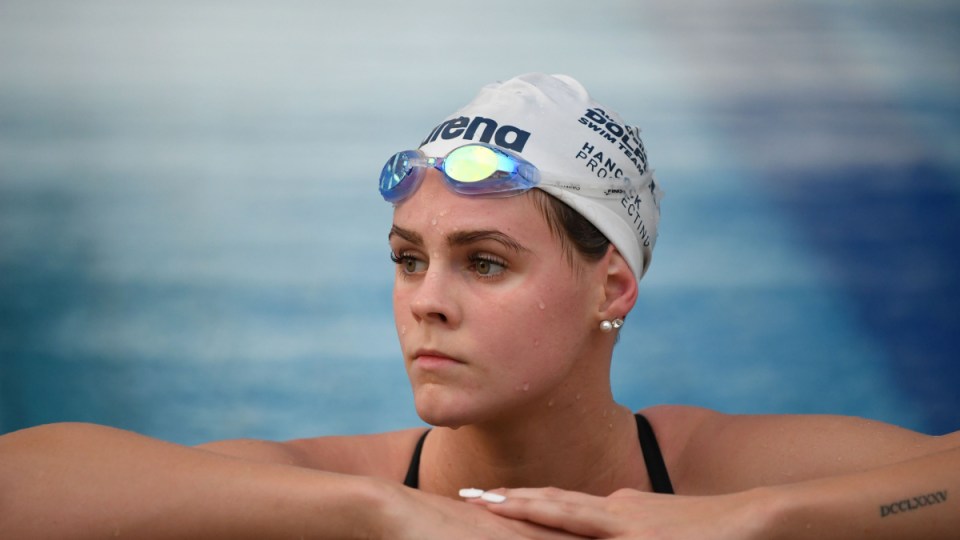 Sidelined Australian swimmer Shayna Jack has revealed the emotional toll her failed drug test is taking after admitting she may have to wait until June for a formal hearing – the same month as the Tokyo Olympic trials.

Jack, 20, said she was struggling with the uncertainty hanging over her future after claiming she had still not received a letter from Australian Sports Anti-Doping Authority outlining the case against her.

Sprint champion Jack faces a suspension of up to four years after testing positive to a non-steroid anabolic agent popular with bodybuilders – Ligandrol – in July which resulted in her being dumped from the world titles team.

Jack vowed to prove her innocence when she attended a five hour ASADA briefing on her positive test on August 2 and was expected to receive a letter detailing the case four to six weeks later.

However, Jack said it may be another 10 weeks before she receives the letter and up to nine months until a hearing.

The Tokyo Olympic trials are held in Adelaide in nine months, ensuring Jack will be racing the clock to prove her innocence and realise her 2020 Games dream.

“I have found that I am struggling most with accepting the current situation, how much it has not only impacted my swimming career but my everyday life,” Jack posted on Instagram.

“Additionally, how long the process will be before I get any final information.

“I have not yet received the letter of infraction and have been told that I won’t for up to another 10 weeks and to make things harder I’ve been informed that I could be waiting another nine months from now till I get a finalised hearing.

“My team are doing everything they can to fast track this process but it’s so hard when we aren’t in control of how and when things happen.”

Jack said there were times when she couldn’t stop crying but had taken time to ensure her mental health was properly supported and managed.

However, she remained defiant about fighting the positive test and keeping her Tokyo Olympic dream alive.

“I made a promise to myself that I would never stop fighting for my dream as an Australian Dolphin or my character as I know I have, nor will I ever take a drug of any kind intentionally,” she posted.