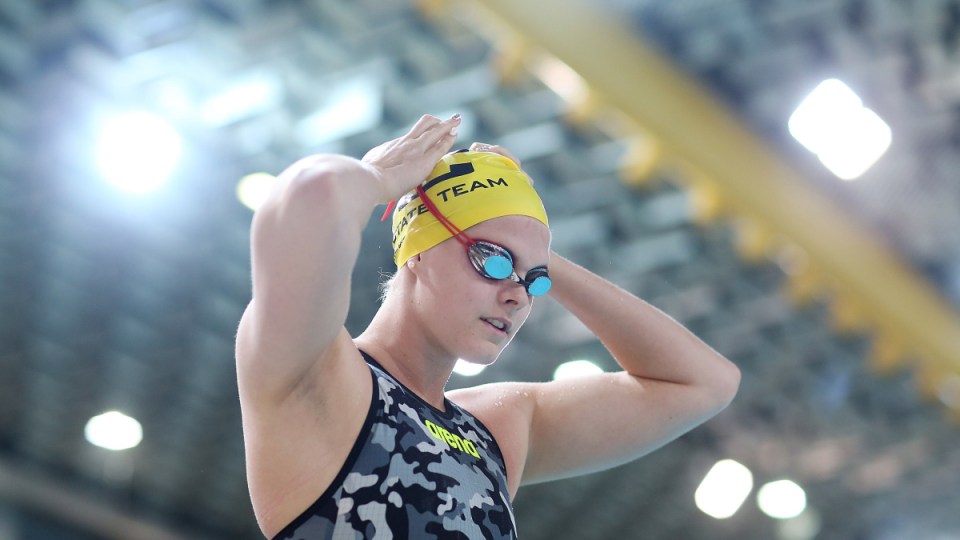 Swimming Australia is standing by Brisbane swimmer Shayna Jack for being “open and honest” about her failed drug test, which forced her to withdraw from the national squad before the world championships in South Korea.

The 20-year-old was notified by the Australian Sports Anti-Doping Authority (ASADA) that she failed an out-of-competition drug test in late June.

But SA chief executive Leigh Russell told the ABC on Monday that Jack’s situation was “quite different” from that of China’s swimmer Sun Yang, who competed at the world championships despite facing allegations of doping rule violations.

The Queensland swimmer has said she did not know how the banned substance entered her body, and that it can be found in contaminated supplements.

“My understanding from Shayna is she doesn’t know how she’s come into contact with the drug,” Ms Russell said.

“She’s really been very honest and open with everybody about what she knows about her situation at the moment.

“She’s trying to find a reason for this substance in her body. Quite rightly she’s asking the question about perhaps what might she have ingested that is contaminated.”

Ms Russell denied there was a double standard, after SA backed Mack Horton’s protest against Yang.

“I think the two are quite different actually. Mack’s protest was about an athlete who is going through a process that was still able to complete at the world championships.

“Our process in Australia is simply that once we have been notified that an athlete has had an adverse test finding, our job is then to remove them immediately from the team environment so they’re not able to compete.”

“We are all concerned that we have this particular event at this point in time, it is embarrassing.

“Obviously we’ve got a process to go through now to see how it all plays out. But it doesn’t really matter whether it’s at a global level or whether it’s at a local or interstate level, we want sport to be clean, we want athletes to be able to compete against each other on a real basis without any involvement of enhancements.”

‘Check what you’re putting in your body’

Assistant Professor for Sports Management and a lawyer with the University of Canberra, Catherine Ordway, said the onus was on athletes to test any supplements they might have taken.

“These contaminated supplement type cases are very tricky to prove because it’s a very strict liability situation,” she said.

“Which means if there’s a prohibited substance in your sample which is this case, then the onus is on the athlete to try to get their supplements tested in a laboratory and try to demonstrate that they didn’t intentionally put it into their body.”

Ms Ordway said it was not unusual for supplements to get contaminated.

“That’s why ASADA and bodies like that put out warnings all the time and do a lot of education with the athletes, particularly elite level ones athletes like Shayna, saying don’t take supplements.

“If you must take supplements, check who the manufacturer is and check what you’re putting in your body.”

SA initially claimed Jack had left the team for “personal reasons”. A fortnight later, the swimmer herself revealed on social media she had been forced to withdraw because of the test failure.

SA came under fire for its handling of the result, and was accused of trying to cover up the test result.

But Ms Russell said on Monday it had to support the process outlined in its contract agreement with ASADA, which prevents SA from disclosing details.

Jack has vowed to clear her name after it was revealed she tested positive for the banned substance Ligandrol – a drug used to aid muscle growth and treat osteoporosis.