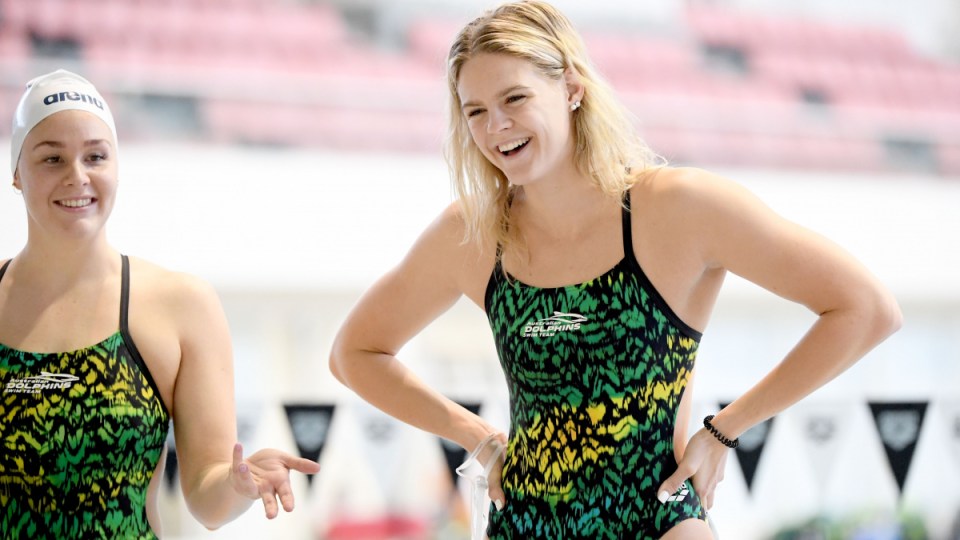 Shayna Jack at the Australian Dolphins team training camp at Nagaoka, Japan on the day she was later told of her positive test. Photo: Getty

Australian swimmer Shayna Jack has told of her “heart break” after returning a positive test for Ligandrol.

The 20-year-old Queenslander released a statement on Sunday evening telling of her shock and feeling “a sense of emptiness” at what had happened since being informed by ASADA of her positive test on July 12.

Jack said in an Instagram post the challenge to prove her innocence in the weeks and months ahead was made worse by people who just “assume the worst”.

She said she was informed she was provisionally suspended until the ‘B’ sample was tested and would have to leave the training camp immediately. The ‘B’ sample result confirmed the first test a week later on July 19.

“I haven’t slept much since, and I feel a sense of emptiness,” Jack wrote.

“Upon returning home, I felt more heartache than I have ever felt in my 20 years.

“Seeing my parents, brothers, boyfriend and grandma made me break down into a million pieces, as this was so hard for me to cope with.

“I didn’t intentionally take this substance; I didn’t even know it was in my system. It just didn’t make any sense, and still doesn’t to this day.”

Popular among bodybuilders, fitness enthusiasts and other athletes, Ligandrol is used to help build lean muscle mass and strength.

Ligandrol is a selective androgen receptor modulator (SARM) for the treatment of conditions such as muscle-wasting and osteoporosis, but is also known for its ability to increase muscle mass.

ASADA warned athletes in November that the prohibited substance Ligandrol had not yet cleared clinical trials.

Jack said she now knew the substance can be found in contaminated supplements.

Together with her lawyer, management team, doctor and family, Jack said she was baffled “how this substance come into contact with me” and would continue to fight to ensure “it doesn’t happen to anyone else, as I wouldn’t wish this experience on my worst enemy”.

“The day I found out was the day I began my fight to prove my innocence,” she said.

“A woman’s voice said those haunting words for any athlete: ‘We have tested your sample and it has come back positive to a prohibited substance’,” Jack’s statement read.

“I felt my heart break instantaneously. I couldn’t breathe to answer her next couple of questions. There was nothing I could do at that moment, nothing the people around me could do to help me.

I was in complete shock, asking myself how and why is this happening to me?”

But the “bubbly, happy and talkative” Jack remained defiant about the scandal and vowed to clear her name so no athlete goes through what she has.

“I pride myself on being the young woman that young girls look up to and want to be liked, not for the medals I win, but for the way I present myself day in, day out around the pool and in everyday life,” Jack wrote.

“Deep down, I feel I shouldn’t have to defend my reputation as I know that I didn’t do this.

“I have never missed a random drug test, and always have my whereabouts up to date … I get tested approximately every four to six weeks, so why would I take anything banned and do this to myself?

“Why would I put myself through this anguish and risk jeopardising my career and my character?

“I did not and would not cheat and will continue to fight to clear my name.”

Part of the winning women’s 4x100m freestyle relay team that set a world record at the 2018 Commonwealth Games on the Gold Coast, the business student also collected silver in the same event at the 2017 world championships in Budapest, Hungary.

‘I did not and would not cheat’: Swimmer Shayna Jack defends herself on doping allegations