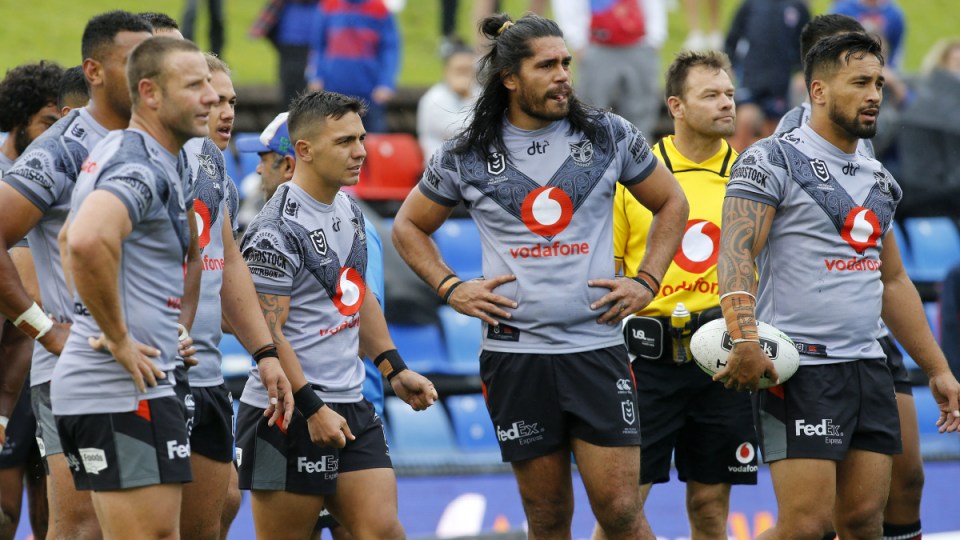 As sports around the world react to the spread of the coronavirus, Australia’s two biggest competitions – AFL and NRL are considering radical options to try and prevent the complete postponement of their seasons.

The NRL started its season last Thursday and on Saturday faced a crisis when it became clear the New Zealand travel/isolation policy would mean the Auckland-based  Warriors would likely be out of the competition.

Facing 14 days quarantine if Warriors players are not home by Sunday night, the NRL is weighing if the team should stay in Australia to ensure they can compete, or allow players – many with young families – to return home, effectively ending their season.

On Sunday morning the NRL indicated it will attempt to keep the season alive, with the Warriors confirming they will remain in Australia rather than return home to New Zealand.

Club boss Cameron George said the team will be based on the Gold Coast as they prepare to play Canberra next weekend.

“We had extensive meetings with (NRL chief executive) Todd Greenberg, the Rugby League Players’ Association and our players and staff until late last night to consider all our options,” he said in a statement.

“There is a lot of take into account, not least the impact on families back home as well as our members, fans, sponsors and other stakeholders.”

The AFL is also pondering how best to meet the challenge posed by the pandemic, having already decided that round one matches will be played in empty stadiums.

Reports emerged on Saturday indicating the AFL is considering ways to safeguard players and beef-up testing in order to avoid the sort of positive diagnosis that ultimately made formula one’s Australian Grand Prix in Melbourne unviable.

The FIA has since called off the Grands Prix scheduled for Bahrain and Vietnam and postponed the Shanghai race.

The AFL’s official broadcaster Channel Seven reported the AFL is attempting to secure fast-turnaround coronavirus tests and might compress early games to complete as many games as possible in a short space of time.

That could include creating modified rules and teams to play up five games in a three-week period. This would ensure a large part of the season could be played before a mid-season break that would be timed to coincide with the expected peak of viral infections.

Given the AFL has always had a lopsided draw because of the length of the season some commentators have called for it to revert to a season where each team only plays each other once.

The AFL has also long been drawn towards introducing a US-style conference system with clubs carved in two groups. It could consider making the best of the situation by completely remodelling the season to trial such a system.

Even those radical changes may be a bridge too far in allowing competition to go ahead, with the coronavirus now becoming a clear threat to the financial health of sporting clubs around the country – big and small – as full closures loom.

The A-League’s Wellington Phoenix have also been caught up in the Kiwi travel bans and are returning home on Sunday, ensuring that competition also has decisions to make.

Australia’s Matildas have cancelled friendlies scheduled for their lead up to the Tokyo Olympics – which itself is in danger of being deferred.

NRL veteran coach Wayne Bennett wants a radical solution for his competition, calling for a series of ‘magic rounds’ in warmer climates in a bid to save the league from a financial disaster.

With club bosses due to meet on Sunday morning, the South Sydney coach says all clubs should relocate games temporarily to Perth, Darwin or Townsville, where the climate is less conducive to virus transmission.

“The ideal for those contingencies is to quarantine us all,” Bennett said.

“Send us away as 16 teams and do the best we can to make sure no-one tests positive.

Test us before we leave, go somewhere north where the climate is hotter. Because the odds are someone is going to get it (in their current set up).”

Bennett said the financial implications for clubs were dire if the NRL decided just to lockout crowds.

“The salary cap is a combined $160 million. They (the players) have got five months pay so far, so there is probably around $90 million to be paid to players.

“If TV contracts fall over, who is going to be paying that $90 million for the rest of the year? It’s huge.”

Earlier on Saturday, the NRL’s Warriors lost their game against the Knights 20-0 having taken to the field after hearing about their nation’s travel bans.

Warriors centre Peta Hiku was particularly concerned as he awaits the  birth of his child, with club chief executive Cameron George revealing that players had hard choices to make if they were to stay in Australia.

“The day we’ve had today, it’s just something else our group has got to deal with,” George said. “I’m just focused on making sure we get the best outcome for our families and the boys.

“There’s a couple of players there who have very young children who were just born in recent weeks.”

Earlier on Saturday, cricket officials called off the ODI series between Australia and New Zealand. Australia had won the first game on Friday night at an empty SCG.

Coronavirus: AFL and NRL are battling to find some way to save their seasons