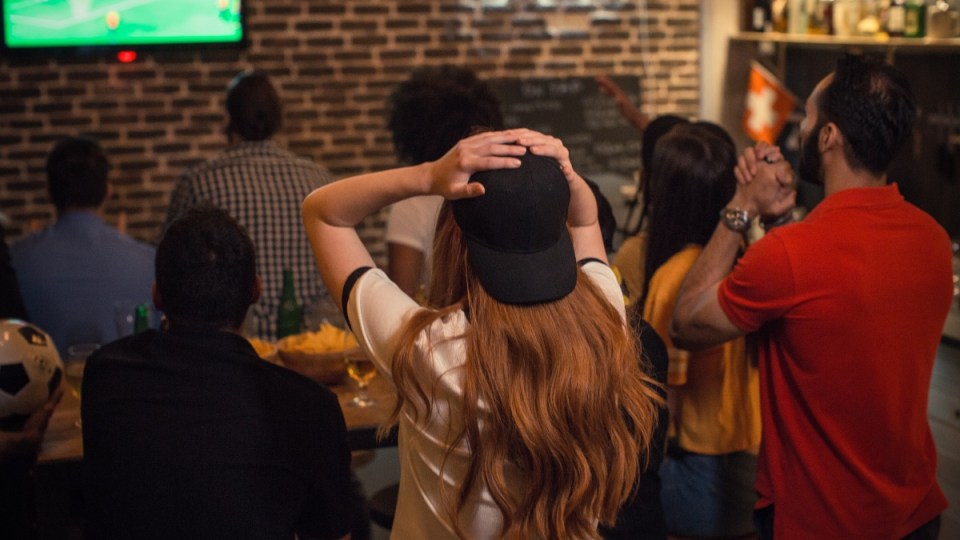 They are two of Australia’s biggest sporting events – and the AFL and NRL grand finals are also two of television’s biggest money-spinners.

It is estimated that advertisers will spend up to $175,000 for a 30-second five-city metro ad during Saturday’s AFL clash between Collingwood and West Coast.

The going rate is slightly less during the NRL grand final, despite it being played in prime time on Sunday evening, with advertisers reported to be paying up to $130,000 for a 30-second spot.

They are eye-watering sums but the reason the advertising rate is so high is simple. And it’s all to do with how many people are tuning in.

An average of 3.5 million watched the AFL grand final, while 3.39 million tuned in the following night to watch the NRL decider.

That means we can expect up to seven million Australians to be glued to their TV screens across the two grand finals this weekend.

And this makes these events extremely lucrative.

For television networks, it has never been more difficult to attract masses of viewers to watch their programming at same time.

Social media, streaming services and ‘catch up’ apps that allow us to watch whatever we want, whenever we want, means that audiences are fragmented.

In fact, the 2018 Yellow Social Media Report shows that only 56 percent of us now watch free to air programming via TV, with the rest viewing content via streaming apps, recorded TV or other social and digital platforms.

The implications of this for television has been significant.

Advertisers have shifted their focus away from television and towards digital media in a bid to reach their targeted demographic.

For TV, the going has never been so tough.

However, sport helps overcome some these problems. Popular sport is considered premium content that can still draw hundreds of thousands of viewers – even millions – to the TV screen on a regular basis.

Furthermore, it is best consumed live.

Plus, unlike many other matches throughout the year, the grand final audience is transfixed, more engaged and unlikely to change the channel – particularly early in the contest when the game is close and up for grabs.

For the host broadcaster and advertisers, this provides a special opportunity to reach consumers and sell their products and services.

Grand finals as an advertising billboard

Of course because of the very nature of the two sports, the AFL coverage will most likely include more ads. Not only is the game longer, but an ad is played after each goal.

The Seven Network will undoubtedly be barracking for a high scoring goal fest on Saturday afternoon.

As Seven CEO Tim Worner said earlier this year, once a goal is kicked, “That’s the most valuable 30 seconds of screen real estate in Australian television, aside from the 30 seconds after an over [in cricket].”

However, the NRL grand final, broadcast on Nine, is played during prime time on Sunday evening when TV audiences are known to be maximised.

Furthermore, while the AFL grand final regularly out rates its NRL counterpart, it should be noted that the NRL attracts bigger audiences in two of Australia’s three biggest markets – New South Wales and Queensland, which accounts for around 57 per cent of advertising spend on free-to-air television.

So, we can expect the coverage of the two grand finals to be something of an advertising billboard, littered with ads and even in-programming sponsorship promotions.

For at the end of the day, Seven and Nine have spent hundreds of millions of dollars for their respective broadcasting rights.

And as we well know, nobody invests in anything without a return.