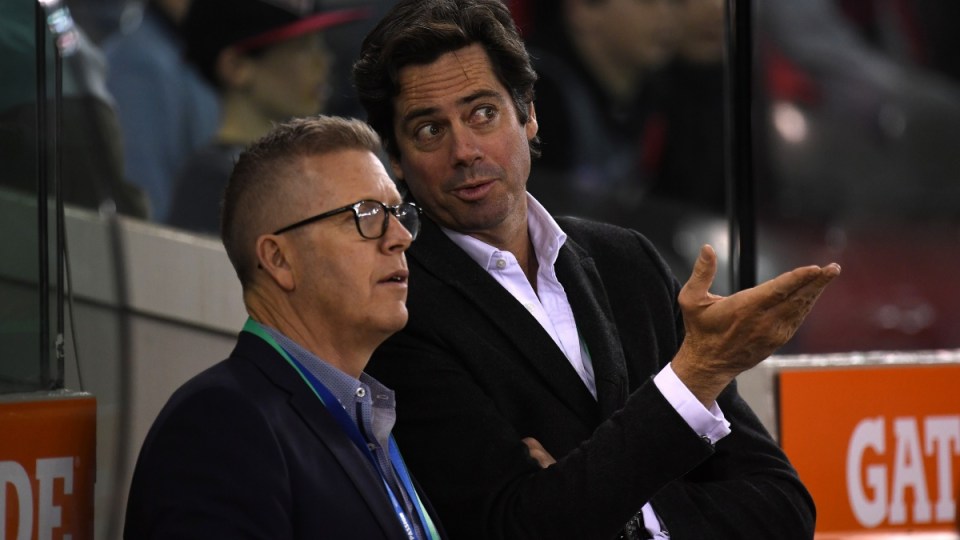 Australian sport is in crisis.

Why? The integrity of competitions is going out the window at the expense of brands and financial bottom lines.

Let’s start with Cricket Australia. What a bad year it has been for those in charge of our national sport.

You would think CA has learned a thing or two, particularly surrounding crisis management, but apparently not.

This week it emerged that CA sacked Angela Williamson, who was responsible for liaising on cricket with the Tasmanian government.

Her crime? To post tweets critical of the state government’s decision to close abortion services.

But as Williamson’s lawyer Kamal Faroque explained: “She expressed a political opinion about an issue that was being debated in Parliament and in the public and in Tasmania, and she lost her job because of it.

“We don’t think any social media policy can stop the expression of people’s political views.”

Earlier this year, Williamson was forced to travel interstate for an abortion.

It appears that someone in the Tasmanian government leaked this to CA.

CA had previously touted its credentials as ‘an endorsed employee of women’ but this has been trashed by Williamson’s sacking.

At stake for CA is brand protection and it looks like it values that as far more important than acknowledging Williamson’s right to post views on social media on a deeply felt matter that affects many women.

The matter is heading to the Fair Work Commission, which will cap off a bad year for the outgoing Sutherland, and Peever.

But don’t be surprised if there’s a flip-flop.

Australian sporting bodies are becoming experts at that, at least.

The credibility of the AFL’s top dog, Gillon McLachlan, is also on the skids.

Last week he flip-flopped over the trialling of rule changes in matches involving teams that will miss the finals.

Before the season started, McLachlan declared decisions on rule changes would not occur until October.

He seemed unaware that introducing these changes in season would create a two-tier competition.

While the top teams would battle for finals spots under existing rules, the cellar-dwellers would play ‘lab-rat’ trial games.

There was no thought that in-season trials would trash the product or the integrity of the game.

The Brownlow and Coleman Medals are up for grabs, as are draft picks and players’ careers, but McLachlan wanted to alleviate congestion, increase goal scoring and make football beautiful again.

Underlying the ‘lab-rat’ exercise is the need to increase goalscoring to free space for more television advertising, laying the grounds for bigger media rights deals down the track.

When fans and the media rightly tailed against the ‘lab-rat’ trials, McLachlan flipped.

The lab-rat games are now destined for the NEAFL and a VFL match between Coburg and Werribee this weekend.

North of the border and the current controversy over refereeing standards is a jaw-dropping example of flip-flopping on the run.

In March, NRL boss Todd Greenberg ruled that referees were to police the game more tightly.

But by mid-season, stop-start matches were so riddled with penalties that fans were at breaking point.

The game they loved was simply not the same. Referees were the stars of the snow, not the players.

As we have now come to expect, a flip was to come.

Greenberg wanted less ‘nit-picking’ from referees but even though lower penalty counts freed up the game, it only added to the growing confusion among referees.

The matter boiled over in the farcical finish to Cronulla’s win over Canberra last month, when a referee called knock-on and a touch judge raised his flag … only for play to continue as the Sharks scored a crucial try.

Penrith boss and NRL heavy-hitter Gus Gould said the situation was a “farce” and it is impossible to disagree.

While fans called for the bunker that houses television referees to be blown up – Greenberg’s million-dollar baby – and the CEO’s resignation, Greenberg wanted the refs to find “a balance”.

This is a problem of Greenberg’s making.

His flip-flopping on changes he introduced eroded confidence among fans and the media in how the game is officiated and administered.

Under the Lowy family, it has remained a family fiefdom incapable of reforming itself into a more inclusive decision-making body.

The flip-flopping on reform has become so inept that football’s ‘brown-paper bag’ boys, FIFA, will step in. It’s a shambles.

Flip-flopping is what our leading sport administrators now do best.

And you can bet your bottom dollar that we will see more of it in 2018.

Don’t be fooled. Australian sport is in utter disarray