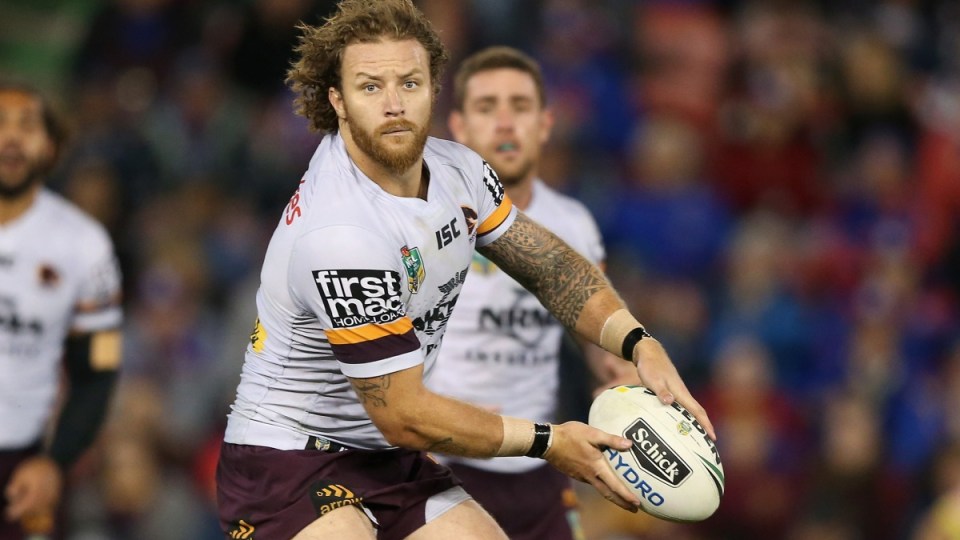 Sims is one of many athletes benefitting from a good work-life balance. Photo: Getty

The pressure on athletes has never been higher.

Big-money broadcast deals and advances in technology ensure every match is televised and scrutinised intensely – both internally and externally.

Social media gives everyone a voice, too, opening athletes up to all manner of feedback at all times of the day.

This increase in pressure has only heightened the importance of athletes focusing on ‘other interests’, be it a trade, volunteer work or study, with the benefits no longer focused purely on life after sport.

Many athletes, like Brisbane Broncos prop Korbin Sims, speak glowingly about the impact that another focus has had on their sporting career.

“It takes your mind off footy,” Sims, in the third year of a carpentry apprenticeship, told The New Daily.

“You need that hobby to keep you going and give you a break from the pressures of playing footy.

“It [the apprenticeship] is something I have had on my bucket list for a very long time, so I’ll be very proud when I finally finish.”

Sims is one of the lucky ones.

The 26-year-old made his NRL debut in 2013 and has played 109 matches in a career that began with the Newcastle Knights.

He is likely to play for at least 10 years – a career far longer than the NRL average, which is just over four years. AFL players, on average, spend six years in the system.

These statistics highlight just how important it is for professional sports clubs to help players develop off-field skills to ease their transition into the working world.

Sims is a product of the NRL’s Beyond The Tryline initiative, which provides players with a pathway into trades. The NRL also runs a No Work, No Study, No Play program.

That requires all players in the competition’s under-20s system to complete 24 hours of work or study a week. NRL clubs are also mandated to employ two full-time welfare officers to assist players in their post-career endeavours.

“We reach out to all players within 24 hours of being delisted to begin that transition support program,” the AFLPA’s Marissa Filipou added.

Journalist Konrad Marshall, who spent two years as a fly on the wall at AFL premiers Richmond for his book, Yellow And Black: A Season With Richmond, said all players had to work on a “development plan which makes sure they have something going on outside of football”.

Things have improved rapidly in recent years, but post-career planning was not always so good.

That is the view of former North Melbourne and Adelaide Crows ruckman, Brad Moran, who was drafted in 2004 and retired in 2011 after an injury-riddled 21-game career.

“I don’t think the AFL does a very good job in looking after its players post career,” he said.

“Players get sucked into believing they are going to have a 10 to 12-year career and they don’t plan for life after football.

“Missing those years from 18 to 23 where people usually find their career path … people think that it is too late to go back and study to search for what drives them.”

Despite the lack of help during his career, Moran was always business orientated.

“I’m pretty unique when it comes to most AFL stories,” he said.

“I retired and started my business on the same day, so I had a pretty easy transition in that regard.”

The many programs and initiatives now in place are designed so athletes have it as easy as Moran.

Korbin Sims was speaking thanks to his relationship with menswear company Johnny Bigg.

How Australia’s athletes prepare for life after sport