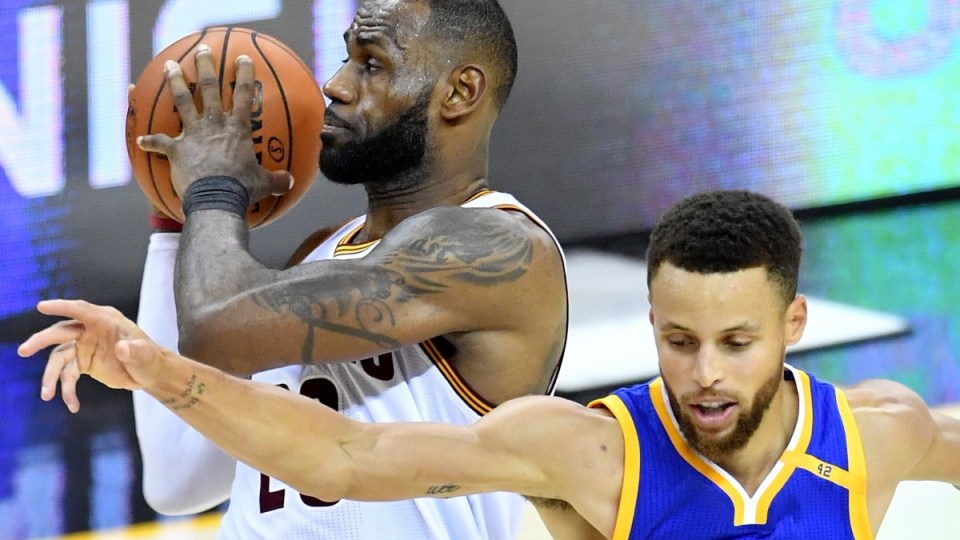 We are in the middle of Australia’s football seasons, and yet for many, the ongoing NBA playoffs are of more interest.

For young sports fans, the NBA is now the game to watch, talk about and engage with.

How has this come to be? Due to the advances in technology, it has never been easier to watch sports from abroad – something commercially savvy competitions are using to tap into new markets and reach new fans.

And Australians, like many others from around the world, cannot get enough of the NBA.

Subscription rates to the NBA’s League Pass, which enables fans to stream all games live, are higher in Australia than anywhere else on the planet.

It is not just the NBA either, with the United States’ National Football League (NFL) and Britain’s English Premier League (EPL) also immensely popular Down Under.

This is clearly not good news for the Australian sports market, which is already saturated. Traditional sports like Australian Rules and cricket have only added to that saturation, too, with new products like AFLX, AFLW and the Big Bash.

To support them all, fans have to give more. More time. More money. More energy.

So if overseas sporting competitions such as the NBA become a priority for our sports fans, then something has to give.

The A-League is one local offering that is dwindling in popularity at alarming levels.

It is one sign that the sports ‘bubble’ may be about to burst.

Why are foreign leagues popular?

They might be played overseas but leagues like the NBA, NFL and EPL are now legitimate competitors to Australian sports, because when a fan is watching one of those competitions, they are not watching a domestic option.

Likewise, when a fan subscribes to NBA League Pass, they may not have enough money to also subscribe to Foxtel, home to most Australian sport.

The lure of these overseas sports, of course, is that they represent the best their sports have to offer. The fact is, when it comes to sports such as basketball and football, the best competitions in the world reside overseas.

And as fans, it is only natural that we are drawn to the best athletes who star on the world stage. So it may be that young fans are now more interested in LeBron James, Steph Curry and Ben Simmons than anyone our domestic sports have to offer.

What can Australian leagues do? The challenge for our domestic sports is to leverage the popularity of their overseas counterparts – if they exist – to benefit their own product.

The NBL has done this brilliantly.

They have lured the US ‘Dream Team’ to Melbourne to play against our Boomers next year, while in 2017, Melbourne United, Sydney Kings and the Brisbane Bullets travelled to the States to play NBA teams from Oklahoma, Utah and Phoenix in pre-season.

By hanging out with the big boys, the NBL has won a significant amount of credibility.

Australia’s sports market is not an overly big one. There are about 90 professional men’s and women’s teams competing for the attention of 24 million Australians.

Compare that with the US state of California, which has just 20 professional teams in a market of 39 million people.

Andrew Condon, director of sports marketing company Gemba, told The Australian last year: “There’s too much content relative to our size as a country.

“We’re engaged with more sports than we ever have been, but not as deeply.”

Overseas sports are now a legitimate part of the Australian landscape, too, and we can only expect their popularity to increase in the future.

What this means for our domestic sports is uncertain, but as the world becomes smaller and overseas sports grows increasingly accessible, local sports which want fans watching and engaging with them will have to work harder than ever before.

How Australia’s obsession with overseas sport is starting to hurt