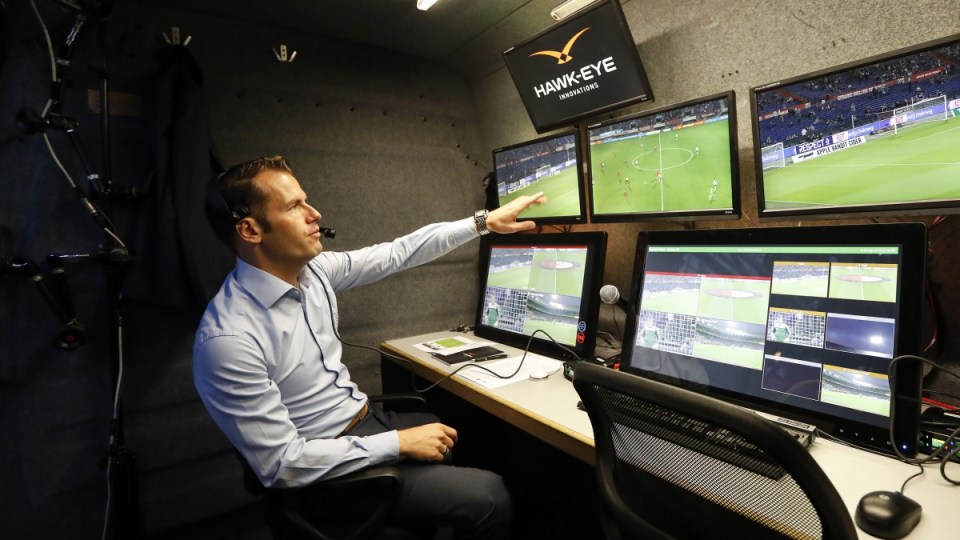 A HawkEye operator shows how the system works. Photo: Getty

The role of technology in sport has again been questioned after Saturday’s farcical A-League grand final where a “malfunction of software” decided the outcome of the match.

In recent years, most sports have opted to use technology to improve decision-making from officials. But has it actually helped?

While the HawkEye system used in tennis is largely supported, the controversy generated by cricket’s decision review system (DRS) and football’s video assistant referee (VAR) is a major source of frustration for supporters.

Issues with video reviews are also common in the AFL and NRL, leaving supporters often confused by technology that was meant to be definitive.

Former Australia bowler Rodney Hogg said that while there is a place for technology in sport, it is being used incorrectly and is making the job of officiating even harder.

“The word ‘howler’, that is why the technology was brought in,” the cricket legend told The New Daily.

“If a ball is kicked through the points in the AFL yet given a goal … that’s what it is there for.

“But once it is brought in, across any sport, it gets used more and more and gets so technical.

“I’d hate to be an official or an umpire in sport these days, with these referral systems hanging over my head.

“I’d be worried about making a mistake and it wouldn’t allow me to be confident with my umpiring.”

Hogg added that while he thinks technology in tennis is “fantastic”, he is worried about the problems DRS has caused cricket.

“I don’t believe the bounce of the ball, as predicted, is accurate. I don’t buy it at any stage.”

Incidents like Frank Lampard’s goal that wasn’t at the 2010 FIFA World Cup led to urgent calls about the need for video technology in top-level sport.

But it hasn’t stopped some seriously bad decisions.

In 2007, Rafael Nadal slammed HawkEye as “unbelievable” following a controversial decision, and in 2013 the Gaelic Athletic Association stopped using the same system after a major blunder in a hurling final.

Improvements in technology have not led to a reduction in errors, either.

In a 2016 Test match between Australia and South Africa, Josh Hazlewood bowled AB de Villiers – only for HawkEye to predict the ball would miss the stumps.

Goal-line technology incorrectly awarded a goal in a French football match in 2017, before HawkEye supplied the wrong image to broadcasters in a 2018 FA Cup match involving Manchester United.

Why VAR has not worked in Australia

Melbourne Victory coach Kevin Muscat, who saw his team win the A-League decider due to Saturday’s software crash, said on Monday that VAR had been plagued by problems all season.

“Newcastle were losing 1-0 to Melbourne City the week before, where there was a penalty that should have been given,” he said on SEN.

“Three weeks ago in our game against Adelaide, for example, we conceded a goal in the first elimination final and when I was looking back at the game, I thought that was offside.

“I sent the video through to the referees and I asked them if they had seen this footage. How did the VAR not see this?

“They didn’t have that angle that we had. It’s being severely under-resourced.”

What fans are getting wrong

Professor Roland Goecke, an expert in technology from the University of Canberra, told The New Daily that fans who assume technology is foolproof are dreaming.

“With technology, there’s a tendency to rely on it,” he said.

“People expect it to work 100 per cent of the time. It doesn’t and people should not assume this.

“As a society, we need to understand the limitations of technology. Nothing is perfect. It often works well but is portrayed as a solution that will produce no bad calls ever.”

Professor Goecke is worried about the upcoming FIFA World Cup, where VAR will be used.

He said that there will “most likely” be some issues with VAR at the event, but that the use of technology to aid referees and officials was not about to end.

“I think we will see more tech solutions in sports in various forms.”

Why sport’s relationship with technology is at a crucial juncture