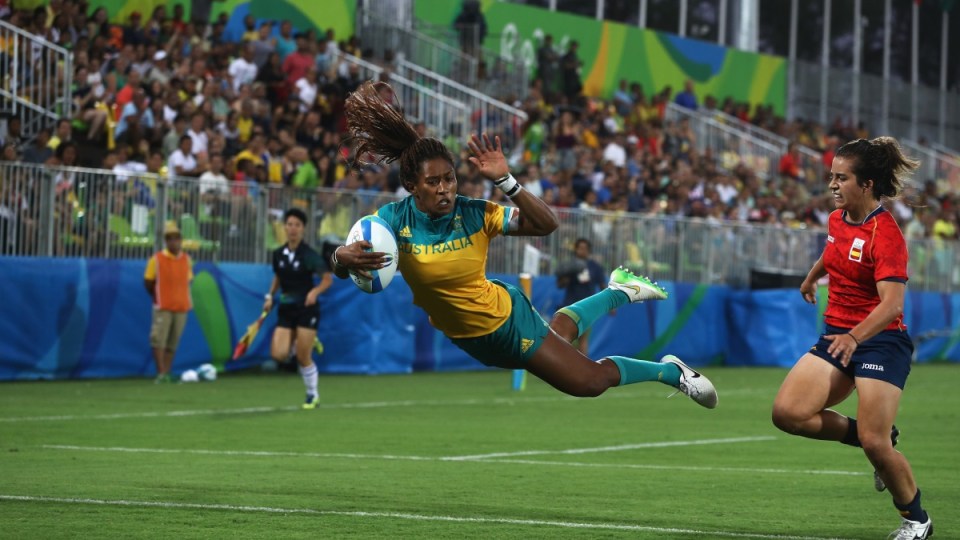 Catch her if you can: Ellia Green is one of Australia's Sevens stars. Photo: Getty

You can bank on some things in life. An Australia-New Zealand netball final in the Commonwealth Games is one of them.

Since the sport’s admission to the Games in 1998, the countries have contested all five finals with three of them won by three points or less.

Two lots of extra-time was needed to separate the two nations in both 2002 and 2010 and a similarly thrilling finish on the Gold Coast this year would surprise no one.

Australia coach Lisa Alexander has described netball clashes against New Zealand as “one of the greatest rivalries in world sport” and on the evidence provided, it is hard to disagree.

The likes of Jamaica, which beat New Zealand twice last year, and England are desperately aiming for Games gold in what is considered netball’s pinnacle event.

Anything but a trans-Tasman final would be a disappointment for fans, though, given the edge-of-the-seat action that would likely play out.

Matches between the Aussies and the Kiwis have not only been close, but often brutal, and New Zealand is sure to be smarting from a 4-0 Constellation Cup series defeat last year. 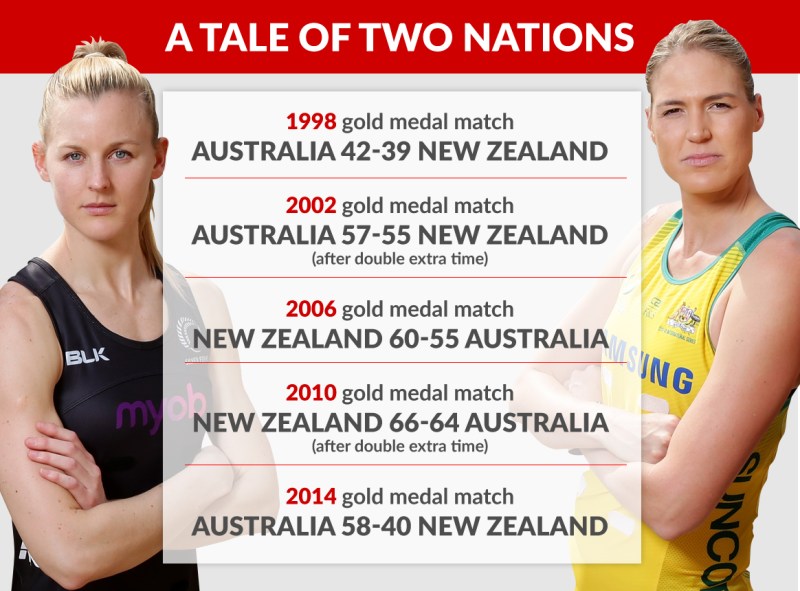 So make sure you are in front of the television at 1pm (AEST) on Sunday April 15. Another classic is on the cards.

For the other events you can’t miss at the Games, read on …

She may have missed the Rio Olympics but Sally Pearson enters these Games in form after winning the 2017 world title.

Pearson, who won Olympic gold at London in 2012, is going for three straight gold medals in this event at the Commonwealth Games.

She has been promoted as the face of this event and if she wins, it will bring back memories of Cathy Freeman’s success at the Sydney Olympics in 2000.

It was supposed to be the crowning moment of Cate Campbell’s career but the final of this event at the Rio Olympics did not go to plan for the Queenslander.

After setting Olympic records in the heats and semi-finals, Campbell could only finish sixth in the decider, as 16-year-old Canadian Penny Oleksiak and American Simone Manuel shared the gold medal in a dead-heat finish.

Oleksiak will compete at these Games, though, giving Campbell – and her younger sister Bronte, who finished fourth at the Olympics – a chance for revenge.

Australia’s battle with New Zealand and England in this event will prove fascinating.

Our men lost to Great Britain in the final of both the 2012 and 2016 Olympic Games, going down in the latter by less than a second.

We were world champions in 2016 and 2017, though, and are big favourites to finally claim gold.

Many of the top teams in Sevens will feature at this event, ensuring a high-quality tournament that is sure to be exciting.

Australia won gold at the Rio Games in the women’s Sevens so expect them to feature at the business end of this competition if Ellia Green – the fastest woman in rugby – has anything to say about it.

And don’t rule out Australia’s men’s side, either. South Africa, New Zealand and Fiji are among the favourites but Andy Friend’s team did win a Sevens event in Sydney in January.

Big crowds will watch the thrill-a-minute Sevens at Robina Stadium, with the abbreviated format producing a try every 70 seconds on average.

Olympic champion Elaine Thompson headlines the field for one of the blue riband events of the Games.

The Jamaican might be beatable, though, admitting last month she was unsure about how she would perform given the event’s timing.

“It’s my first time to have a major championship in April, so I’m looking forward to seeing how I do early in the season,” she told the Gold Coast Bulletin.

If Thompson is slightly off her game, the chances of a photo finish are boosted.