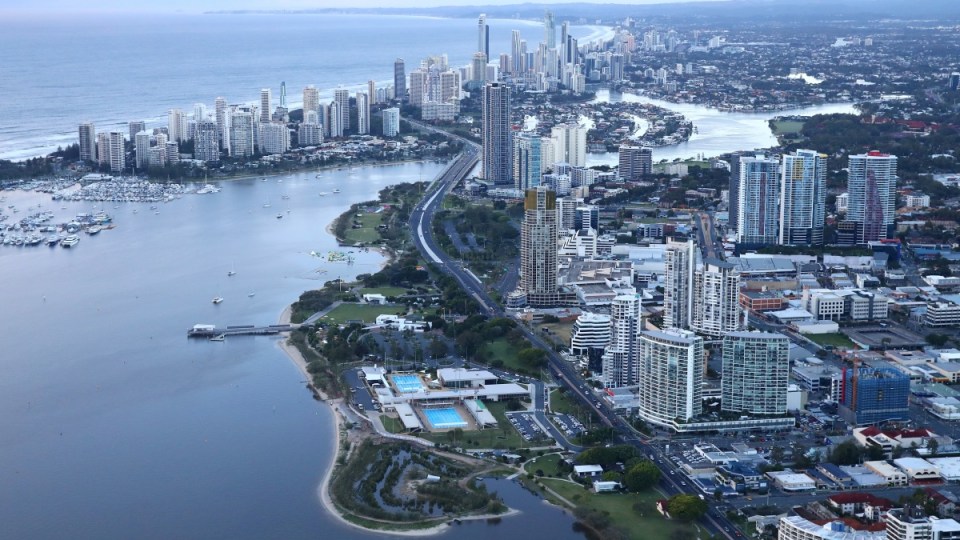 The Gold Coast is ready to go. Photo: Getty

Australia’s fifth edition of the Games begins in Queensland on Wednesday with more than 470 of our best athletes to feature across 18 sports.

And brimming with excitement, Beattie said the ball-tampering saga and our terrible form in South Africa will soon be forgotten.

“I love cricket. I’m sorry to see the state of cricket at the moment,” he told The New Daily.

“But the reputation that has been damaged in South Africa … the Commonwealth Games will restore it.

“The excitement is reaching fever pitch which is where you want it.

“We’re on time, on budget and in a good space.

“This is a global competition and as a result, athletes are all over the place. Just having them around is building momentum.

A key storyline of the Games will be Australia’s showdown with England, which does not compete under the Great Britain banner at this event.

Backed by a big injection of cash from the UK’s National Lottery, English athletes acclimatised to the heat and Gold Coast conditions with a 10-day training camp last month.

England won 58 gold medals at the Glasgow Games in 2014 as Australia – which finished second with 49 golds – had to settle for not topping the table for the first time since 1986.

Australia’s athletes are determined to turn the tables and Beattie is excited about the prospect.

“England are sending their best team … these are world-class athletes,” he said.

“The rivalry between England and Australia will be prominent. An Ashes type of rivalry will exist.”

Other nations involved in the Games and expected to feature prominently in the medal tally are Canada, India, South Africa, Scotland and New Zealand.

Australia’s team will be spearheaded by Sally Pearson who will aim for her third consecutive 100m hurdles gold medal at the event.

Significant interest will also surround Australia’s stars in the pool, including Cate and Bronte Campbell, Kyle Chalmers and Mack Horton, both basketball teams and the women’s netball side, who are world champions.

What’s different about these Games?

Unlike the Olympic Games, this event will integrate para-sport into the 11-day program, with 38 medal events across seven sports making it the largest para-sport Games ever.

And for the first time, the Games will have a 50-50 split of medal events for men and women.

“We’ll have one event and then a para event straight after it … the Olympics do it differently but we don’t agree with that.

“This is the biggest para-sport campaign ever.

“As for the women, to think there was just seven gold medal events for women in 1930 … it’s just great [to have it equal].”

When asked to name the event he was most looking forward to, Beattie, understandably, said “all of them”.

But when pressed further he said he was excited to watch Australia’s best sportswomen in action over the next week-and-a-half.

“Netball and gymnastics have very high participation for women and they are all sold out … the suggestion that women’s sport doesn’t sell tickets is nonsense,” he said.

“I would urge Australians to really support women at this event.

“Swimming will always be No.1 for us [in Australia] and there’ll be some highlights in the athletics, too.”

And what about the critics? Those who say the Games are not a truly major sport event? Beattie scoffs before revealing the aim for his team.

“Melbourne [host of the 2006 Games] was really good – we’ve got to be fair about these things.

“2006 was really quite extraordinary and for Australia, that’s the benchmark.

“If we can match that, we will be happy and satisfied.”