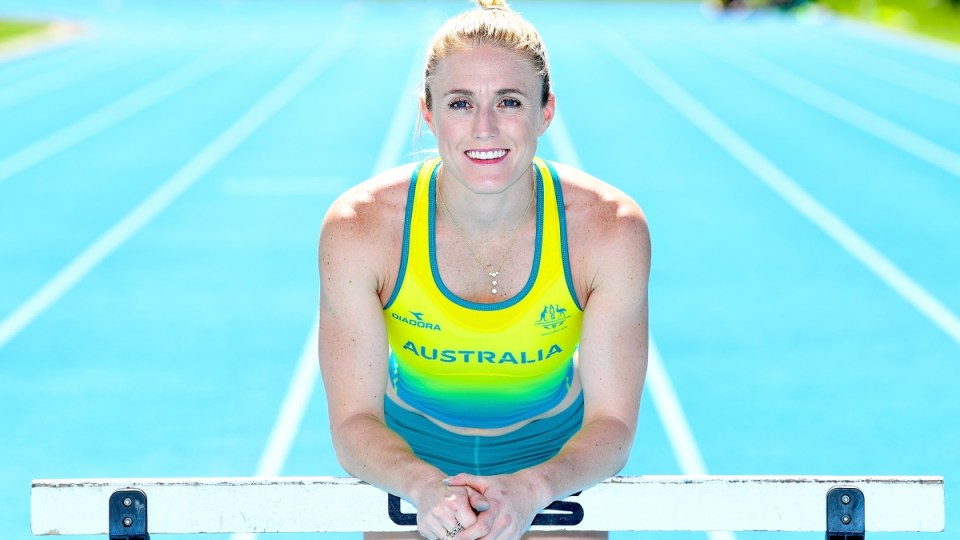 Sally Pearson is concentrating on the 2020 Olympics. Photo: Getty

The 2018 Commonwealth Games are just hours away from starting and there’s plenty of exciting action right throughout the 12-day program on the Gold Coast.

So if you’re looking for some athletes to follow, look no further than this list, comprised of Olympic and world champions, up-and-coming stars and those with a bit of a different story …

She is the face of these Games and the hometown hero.

And the 31-year-old, who missed the Rio Olympic Games through injury, is ready to win gold again.

A third successive Commonwealth Games gold medal for Pearson in her pet 100m hurdles event would be incredible – as would the crowd reception.

Fearnley is one of our most inspirational athletes and the good news is he is still going.

Just one of two Aussie athletes competing on the Gold Coast who took part in the 2000 Paralympic Games, Fearnley is desperate to go one better on his effort at the 2014 Commonwealth Games in Glasgow.

Unfortunately for this man, a chap called Usain Bolt has stood in the way of several gold medals.

Blake won silver in the 100m at the 2012 Olympics in London behind Bolt and four years later in Rio, he ran fourth.

He still holds the second-fastest 100m time in the world and is now determined to have some success at the Commonwealth Games.

“I don’t have a Commonwealth medal,” he said.

How is that for motivation?

An 11-year-old competing at the Commonwealth Games?

Hursey will make history over the next fortnight and is thought to be the youngest athlete ever to feature at the event.

The Cardiff schoolgirl will compete in table tennis and reportedly trains for up to six hours a day.

The 25-year-old is the star attraction of the athletics program after becoming the first woman since Florence Griffith Joyner to do the 100m-200m double at an Olympic Games.

Thompson did compete at the 2014 Commonwealth Games but only ran in the heats of the 4x100m relay, meaning she will be hungry for success on the Gold Coast.

Her personal best time of 10.70 secs for the 100m means she is well-placed to achieve that.

A disappointing Rio Olympics campaign will only serve as motivation for Campbell, who spent much of last year out of the pool.

She bounced back strongly, the former swimming world champion setting Australian records in both the 50m freestyle and 50m butterfly.

Like Pearson, she has been heavily involved in the build-up, is a Queensland local and is tremendously popular.

Perhaps Campbell’s biggest opposition in the pool will be this 17-year-old from Canada.

Oleksiak was one of the Rio Olympics’ biggest stars, winning gold in the 100m freestyle in stunning fashion.

She won another three medals in Brazil, too, and is unlikely to perturbed by a pro-Aussie crowd.

At the opposite end of the scale to Hursey, Calvert, at the age of 67, will contest his 11th Commonwealth Games, in the shooting full bore event..

The 67-year-old made his Games debut in 1978 and has happy memories of competing in Australia.

He won his first Games medal in Brisbane in 1982 and will compete at the same range in this year’s event. Will history repeat?

He is still only 19 but Chalmers has a lot to live up to.

‘The Big Tuna’ won our hearts with a come-from-nowhere gold medal in the 100m freestyle at the 2016 Olympic Games.

And he is clearly relaxed, telling reporters this week that “swimming is just a bit of fun” and that he has “no idea” about his rivals on the Gold Coast.

That approach worked for him in Brazil. A repeat and a world record would be truly special.

Not only is Potter competing in the marathon – she is also featuring in the triathlon.

Potter will become Scotland’s first athlete to compete in two sports at the one Games and will hope to improve on a fifth-placed finish in the 10,000m in Glasgow four years ago.

The triathlon is on April 5 and after running 10km, riding 40km and swimming 1.5km, Potter only has a few days to recover before competing again.

Commonwealth Games 2018: The 10 athletes to watch on the Gold Coast