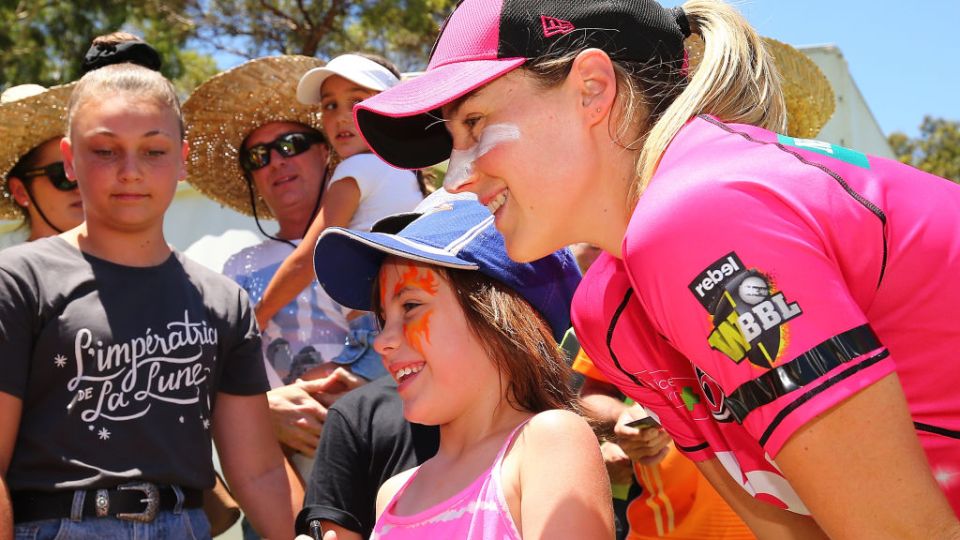 Move over, blokes. Last year was a game-changer year for women in Australian sport.

While our sports-blokes struggled to crack a worthwhile international headline, our women showed we can still cut it on global sports stages – and they did it with class and style.

Take football. For most of their World Cup campaign, the Socceroos weren’t worth a pinch on the park. The real football story was the Matildas, who proved a class above the blokes.

After finishing seventh at the Rio Olympics, they won the 2017 Tournament of Nations, beating the world number-one US team, and flogging Japan and Brazil. They topped this off with home wins against China and Brazil, and finished 2017 ranked fourth in the world.

Forget Kewell, Cahill and the current crop of minor-league Socceroos. Sam Kerr is the best footballer Australia has yet produced. After a stellar season for the Blue Sky FC in the American National Women’s Soccer League, in which she scored a record 17 goals, Kerr won the Golden Boot and MVP award.

Australia’s women surfers are not far behind. While our blokes struggled against the Florences and Medinas, Tyler Wright stitched up back-to-back world titles, with compatriots, Steph Gilmore and Sally Fitzgibbon, filling the minor placings.

In the pool, our blokes sunk at the World Aquatic Championships, while our female swimmers and divers salvaged some of the wreck. Australia finished a disappointing seventh with 12 medals. All, apart from Mack Horton’s silver in the 1500 metres freestyle, were won by women.

It was a similar situation in Australia’s basket-case sport, athletics. Back from injury, Sally Pearson won the 100 metres hurdles, while Dani Stevens took silver in the discus at the World Championships. Our males are still running.

With the Australian Open weeks away, twin-tankers, Nick Kyrgios and Bernard Tomic, will grab the headlines, but it’s our women who are the real deals.

Ranked 21, Kyrgios is the only ‘Oz’ male in the top 50, while Tomic has slipped into triple figures and will struggle to make the Open field.

If Kyrgios is at his racquet-smashing best, he’s good for a tantrum or two, but our women are better on-court value. Newcombe Medalist, Ash Barty, has moved to 17th in the world, while Daria Gavrilova is at 25, and evergreen Sam Stosur is ranked a credible 41 (all at the time of publication).

Basketball seems to buck the trend. The likes of Joe Ingles, Patty Mills and Ben Simmons have banked sizeable NBA contracts, but internationally the Opals outperform the Boomers.

Currently ranked fourth, the Opals have medaled at the Olympics and FIBA World Championships. The Boomers sit outside the top 10 and have not won anything of note.

Even the bloke-world sports of cricket and footy are not untouched. While our blokes sledge, bounce and bludgeon their way to another Ashes series success, Ellyse Perry remains Australia’s most talented cricketer and marketable sportsperson.

The 2017 ICC Women’s Cricketer of the Year shows the blokes how to behave on and off the pitch. Smith may have the numbers and Warner the mouth, but Perry is all-round class.

The Tigers won the premiership, but the women changed social attitudes.

Phillips provided the highpoint of the AFL season, when she kissed her partner, Tracy Gahan, on being voted the AFLW’s best and fairest award.

It symbolized how far Australians had travelled in accepting same-sex relationships. Two women, and not a male footballer, challenged us to support same-sex marriage.

This was a game-changing act in a watershed year in sport.

While the blokes snarled, sledged and jumper-punched, our women showed that sport can change social attitudes for the better.

Why Australia’s sportswomen left the men behind in 2017