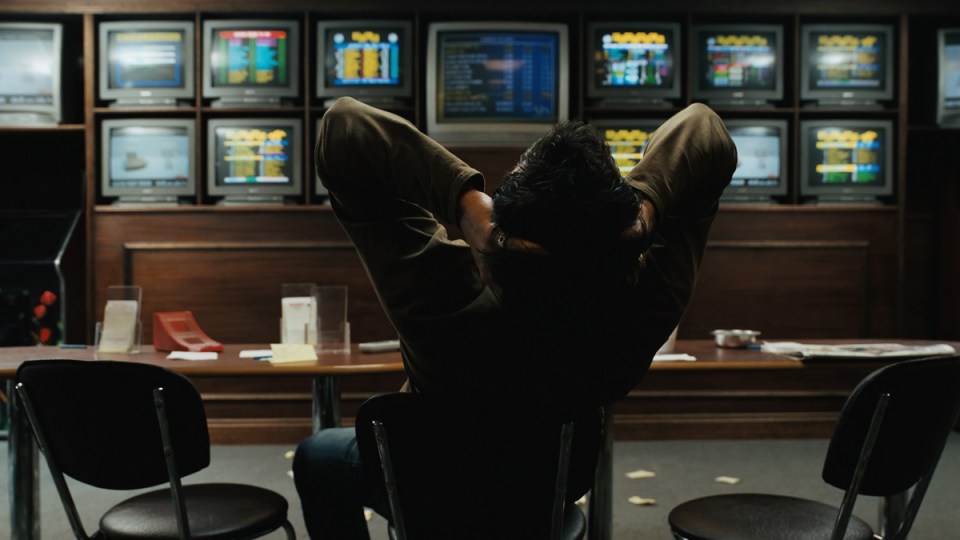 They were new and, as a casual punter, he decided to try his luck.

“I thought I was invincible and bulletproof,” he told The New Daily.

Noel lost that $50,000 in three months, but despite running out of money, he had to keep gambling.

So he started “stealing to gamble”, both from work and his father, and even though he was sprung and lost his job, Noel did not stop, despite promising loved ones he would. He couldn’t. He was hooked.

Noel estimates he “comfortably lost” at least $1 million over a 10-year period, behaviour that left him suicidal at the age of 27 and ready for “jail or whatever – I just wanted it to end”.

He now has gone five years without gambling and is passionate about what he calls “the biggest unspoken crisis in our country”.

Speaking after recent data showed that not only are Australians the biggest gamblers in the world, but that losses in sports betting were up 13 per cent in 2015-16, Noel is seriously concerned.

“We live in a country that is ruined by gambling and sports betting,” he said.

“And it’s only going to get worse. This doesn’t just affect gamblers, it affects families, workplaces, friends.

“My father’s a wealthy man, but I took him to the cleaners. I’ve seen him cry six times … once when a relative died and five because of me.

“It’s way too easy to bet and it’s just getting easier.”

The latest edition of Australian Gambling Statistics, a comprehensive review of gambling data compiled by the Queensland government, shows losses on sports betting have surged dramatically in recent years.

And while sports betting losses accounted for less than $1 billion of the $23.6 billion Australians parted with in the 2015-16 year (more than half is blown on the pokies), the rapid growth of gambling on sport, and the influx of advertising, has experts and problem gamblers worried. 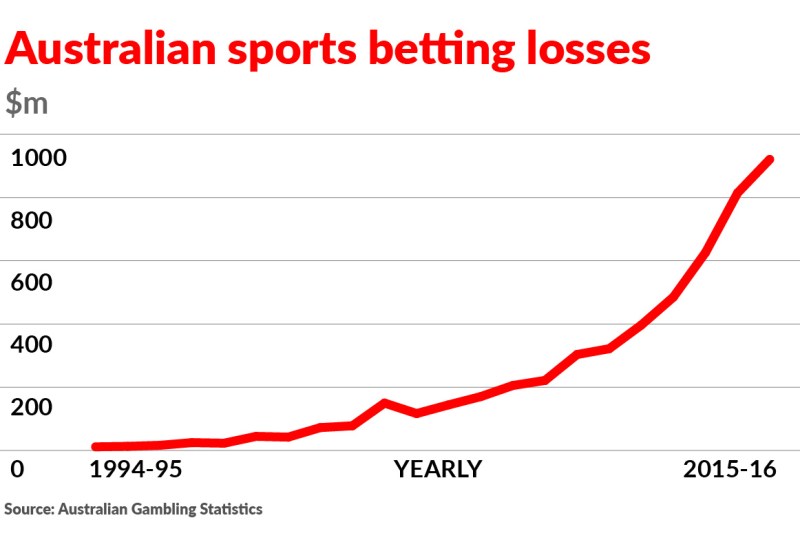 “Sports betting has ‘got’ thousands of people and the advertising is just everywhere,” Noel said.

“We’re getting odds hammered at us 20 times in an AFL match … I have to turn the TV off every second minute. It’s the same with the radio.

“We need a blanket ban on gambling advertising. We’ve sold our soul to the devil. We need to take it back.”

In May, the federal government announced changes – that will be implemented in March 2018 – to ban gambling advertising during live sports programs before 8.30pm.

In the new rules, gambling ads, usually used to spruik odds and special promotions on the sport that viewers are watching, will not be able to be shown from five minutes before an event, during the event and after the event.

It is legislation with which controversial Senator David Leyonhjelm, the libertarian leader of the Liberal Democrats, strongly disagrees.

“Someone who treats advertising like an instruction manual is a fool,” he tells The New Daily.

“The existence of such fools should not mean the rest of us shouldn’t be shown advertising, which can usefully inform us about options available to us.

“Those who throw their money away on gambling are also fools and would be likely to lose their money regardless of the options available to them.

Senator Leyonhjelm said that “if a credible data source confirms that Australians are the biggest gamblers in the world, it could be because the rest of the world don’t know what they are missing.”

He added that the government was “treating us all like babies by banning online in-play betting and online poker, which involves peer-to-peer play.

“It is better to regulate than to ban,” he said.

*Names have been changed to protect identity.

If you require help with a gambling problem, contact Gamblers Anonymous.

‘The biggest unspoken crisis in the country’: The data that should worry every Aussie